Horse suffers 'sudden death' at Santa Anita Park, bringing total deaths in over a year to 43 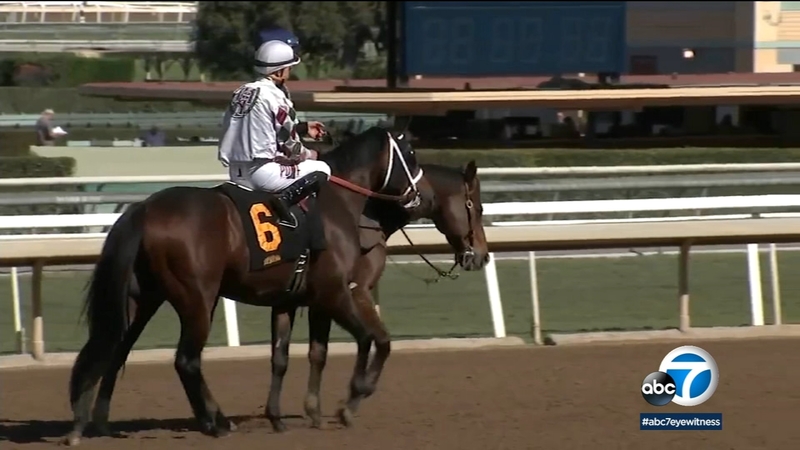 ARCADIA, Calif. (KABC) -- Another racehorse died at Santa Anita Park over the weekend, bringing the total number of horse deaths at the track to 43 since December 2018.

The 6-year-old gelding, Double Touch, suffered what was described as a "sudden death" on the training track on Saturday, according to an incident alert on the race track's website. The horse died of unknown causes and results from a necropsy are pending.

Another racehorse died Saturday at Santa Anita Park, making it the second horse to be euthanized at the park in two days.