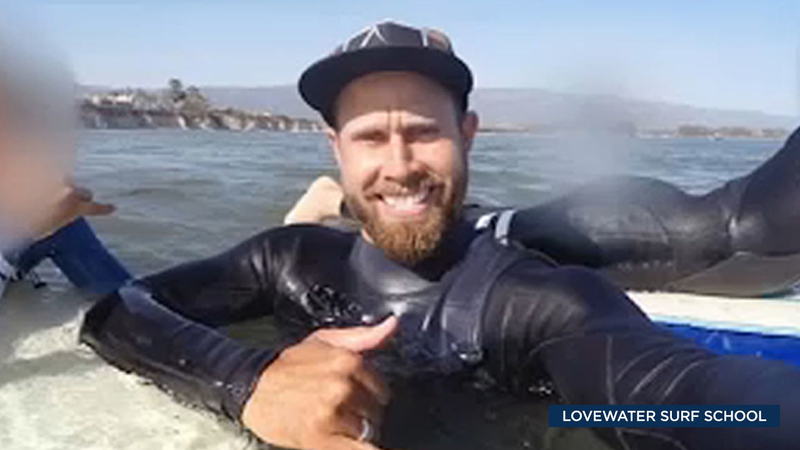 SANTA BARBARA, Calif. (KABC) -- The owner of a surfing school in Santa Barbara confessed to using a spearfishing gun to murder his two children in Mexico, saying QAnon and Illuminati conspiracy theories convinced him "he was saving the world from monsters," according to an FBI affidavit.

Matthew Taylor Coleman, 40, is accused of murdering his 2-year-old son and 10-month-old daughter on Monday, the U.S. Attorney's Office for the Central District of California said in a statement. Prosecutors filed charges alleging the foreign murder of U.S. nationals.

FBI officials say Coleman confessed to the killings in a recorded interview after he was read his Miranda rights at the San Ysidro border crossing as he tried to re-enter the United States the afternoon of Aug. 9.

Coleman "stated that he believed his children were going to grow into monsters so he had to kill them," according to the FBI affidavit.

The affidavit further stated: "M. COLEMAN explained that he was enlightened by QAnon and Illuminati conspiracy theories and was receiving visions and signs revealing that his wife, A.C. possessed serpent DNA and had passed it onto his children. M. COLEMAN said that he was saving the world from monsters."

"M. COLEMAN stated that he knew it was wrong, but it was the only course of action that would save the world."

During the interview, he admitted using a spearfishing gun to commit the murders, the FBI said.

His 2-year-old child "did not die right away," the FBI said. Coleman said "he had to move the spear around" to finish the killing, and cut his hand in the process.

Matthew Coleman and his wife, Abby Coleman, own the Lovewater Surf School in Santa Barbara. The popular surfing school's website features photos of the Coleman family.

The investigation began Saturday when Coleman's wife called Santa Barbara police to report that her husband had left the couple's home in a Mercedes Sprinter van and she did not know where he and the children had gone, according to a criminal affidavit.

Coleman's wife filed a missing persons report the following day and used a computer application to determine that Coleman's phone had been in Rosarito on Sunday afternoon, authorities said.

She did not believe her husband would harm the children, the FBI said.

The same phone-locating service was used on Monday and indicated that Coleman's mobile device was somewhere near the San Ysidro Port of Entry at the U.S.-Mexico border, prosecutors said.

The FBI sent colleagues in San Diego to contact Coleman, who re-entered the U.S. in the Sprinter van without the children.

"When the children were not found, FBI agents contacted law enforcement officials in Rosarito and learned that Mexican authorities that morning had recovered the bodies of two children matching the description of Coleman's children," the statement said.

Baja California prosecutor Hiram Sánchez Zamora said authorities responded to a 911 call around 7:30 a.m. Monday and found the two children near the El Descanso ranch after they were first discovered by a farmworker. The prosecutor said the girl had been stabbed 12 times and the boy was stabbed 17 times.

Blood stains and a wooden stake, described as the possible murder weapon, were found at the scene.