In a letter sent to parents, Superintendent Brad Mason said the decision to return to full-time distance learning was in response to the statewide stay-at-home order.
KABC
By Tony Cabrera 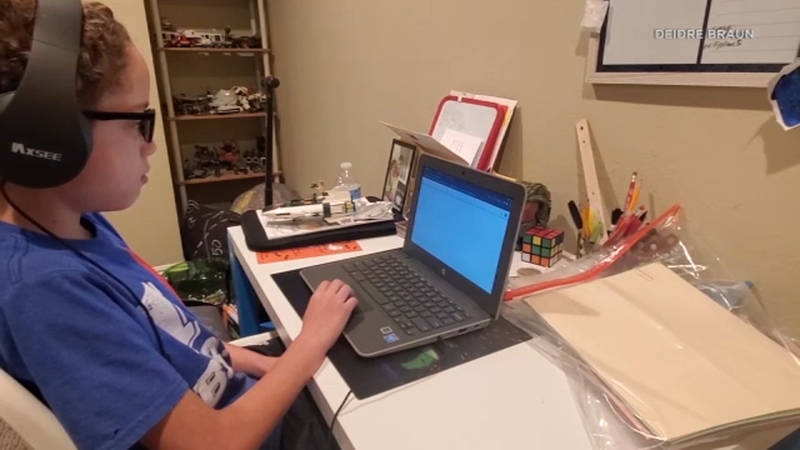 BREA, Calif. (KABC) -- Students in the Brea Olinda Unified School District are no longer on campus after the district temporarily pulled its in-person hybrid model until February. This means every student is back to full-time distance learning, which has frustrated some parents.

"I don't know that the best interest of the children was being looked at when they made this knee-jerk reaction," said parent Steve Tatone, who formed a group called "For The Kiddos of Brea." The group is calling for an immediate reversal of the district's decision and for parents to be involved in the decision-making process.

"Why would we take this hybrid model away when we weren't forced to with these new guidelines that came out? And I think that's what's breaking my heart, is just seeing the impact it's having on these little kiddos," Tatone said.

Nearly 100 Orange County community members expressed their frustration Tuesday to the Board of Supervisors over the latest stay-home orders.

"Their mental health is so poor right now. It's absolutely terrifying as a parent," said Cassidy Eden, another parent.

In a letter sent to parents, Superintendent Brad Mason says the decision was made in response to the statewide stay-at-home order. He said the rise in cases has had a large impact on their workforce.

"There is a substitute employee shortage in Brea and throughout Orange County," Mason told Eyewitness News. "This is not limited to teachers as we have substitute needs in custodial, clerical, paraprofessionals and really all Classified and Certificated positions."

"I feel like that's a gray area because when we're talking about a limitation of staff, is it because of the rise of COVID cases in the county and staff are choosing to step back? Is there an actual outbreak of COVID cases that we're not seeing on the dashboard?" Deidre Braun, another parent, questioned.

"Our Superintendent, Brad Mason, in the letter, acknowledged that there's been no community spread in the schools at all. So the spreading in the schools is just not happening and again it was a hybrid model, so parents who did not feel comfortable sending their children back could keep their kids at home," said parent Matt Chase.

"What I wish they had done was employ a bit of creativity in staffing or even a rotating schedule of grades being home and in person in order to keep a wholesale shutdown of the entire district from happening," said parent Kristin Bryant.

The superintendent said that he's heard from parents on both sides of the decision and understands the hardship families are facing.

"The decision to return temporarily to distance learning was based on what is believed to be in the best interest of our school district community's long-term health and welfare and that to me is of the utmost importance," Mason said.

The school board was expected to meet again on Monday, Dec. 14. Parents plan to rally outside of the meeting to make sure their voices are heard loud and clear.

RELATED: Seal Beach restaurant owner: "We have to do what is right for everyone"
EMBED More News Videos

One restaurant owner in Seal Beach is staying positive despite the shutdown of outdoor dining: "We got through it before, and we'll get through it again."