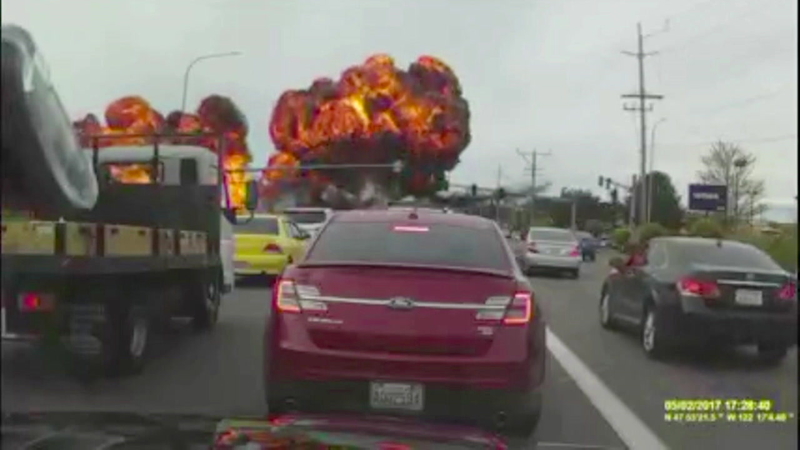 Driver Guanting Li was at a stop light during afternoon rush hour when a plane clipped some power lines and exploded, according to KOMO-TV.

Video captured the massive fireball as the plane crashed into cars and hit a light pole. The single-engine Piper PA32 slid several hundred feet before stopping on its side.

"I'm so lucky," said driver Amanda Hayes, who told KOMO News the plane's wing scraped her car. "I just said, 'Get down!' And before I know it, I could feel the heat on my face... and like the fireball and the wing clipped at the end."

Two people were inside plane escape the wreckage with just minor injuries. No one inside the vehicles the plane hit were injured.

Officials told KOMO-TV the quick-thinking pilot lost power at 500 feet, and when he couldn't restart the plane, he turned the plummeting aircraft towards an empty spot on the boulevard.