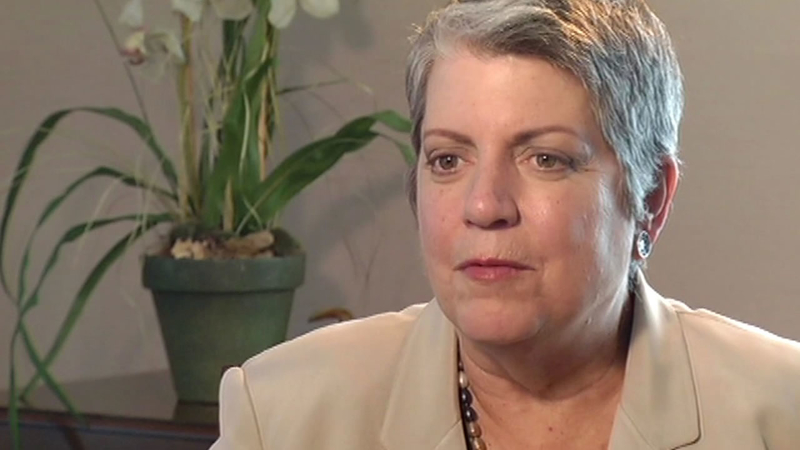 LOS ANGELES -- Janet Napolitano, president of the University of California, sat down with KGO-TV to reflect on her first year in office and to talk about the present state of the UC system.

Napolitano is the former Secretary of Homeland Security. During her time in that position, she knew the Islamic State in Iraq and Syria, known as ISIS, was growing rapidly.

While the debate continues over how to destroy the Islamic State, Napolitano is firm when she says the group will be defeated.

"That requires the United States to play a leadership role. We are really the only country in the world that can do that," she said.

It has been one year since Napolitano left that position to become president of the University of California, just as the worst of the great recession was ending. No surprises, the recovery has been slow.

"So, now I have the opportunity to reset, reboot, really focus on where we take this university," Napolitano said.

One way the UC Regents dealt with the lack of proper funding by Sacramento was to increase the number of out-of state students who pay more.

"If we want to continue enrolling more California residents, where is the money coming from? We could increase tuition, or we could increase and add more out-of-state students," she said.

"These are the things I'm working on: More students graduating within four years, more in-state students and those kinds of things," Napolitano added.

As for Napolitano running for higher office in California, the former Arizona governor is putting that rumor to rest.

"I am the president of the University of California. I've got the best job," said Napolitano.