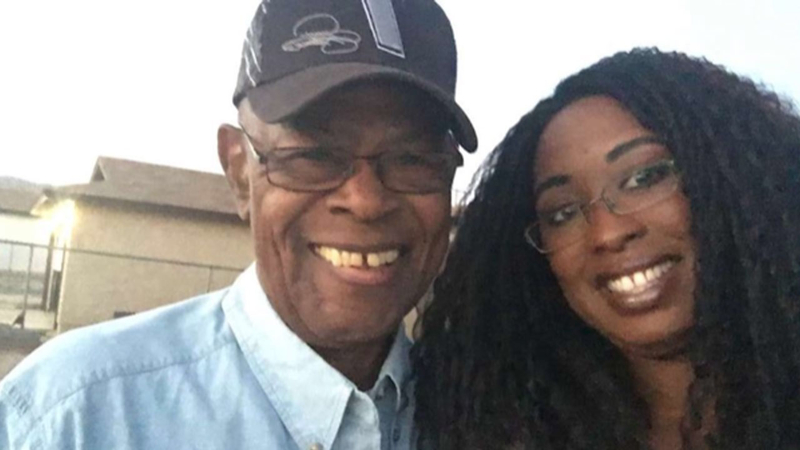 LOS ANGELES (KABC) -- Family members of one of the five people killed in the deadly semitruck crash in Rialto talked about their loved one and the loss they've suffered.

Maylette Brown said before she got a phone call from the police, she feared that her beloved stepfather had died in the horrific crash.

Duddley White, 74, was returning from a store and heading to his home in Twentynine Palms when a big rig plowed head-on into several vehicles in the eastbound lanes of the 10 Freeway. White and four other people were killed at the scene.

"When I saw the cars, I recognized the back of the car," she said.

Brown said White and her mother were married for 40 years and he raised her from infancy.

"Not being my biological father, but just being my father was just more than I could ask for," she said.

The retired machinist, a father of four and grandfather of 15 took care of his disabled wife, but always made time for Brown.

"He always called me every day to check up on me because of my health. He always worried about me. 'Babe, where you going?' 'I'm going to the doctor.' 'Drive safe,'" she said.

The crash happened Friday afternoon. The driver of a concrete pumping truck survived, and authorities are still investigating why the driver, who was traveling westbound, lost control, smashed through the center divider and caused the deadly crash on the eastbound side of the freeway.

Brown and her family just want to know what happened.

"My heart and prayer goes out to all the family - even the people that saw the accident because I know just seeing something like that you can be devastated. My heart goes out to everyone," she said.