It happened at a strip mall located at 10211 S. Avalon Blvd., just outside of a Superior Grocers grocery store.
KABC 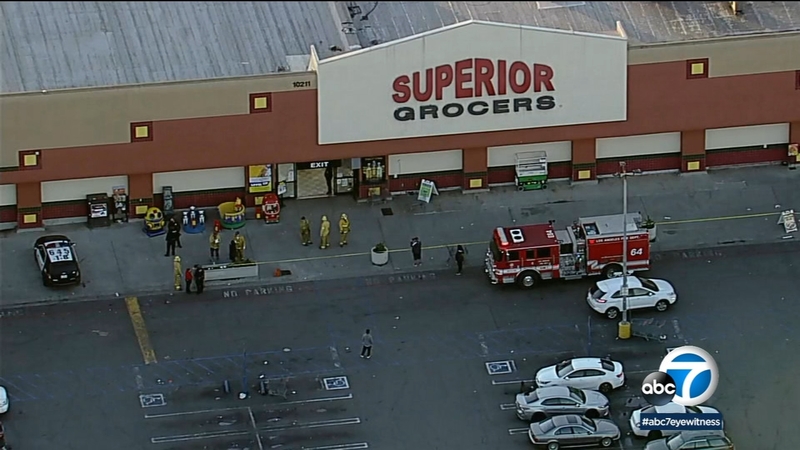 SOUTH LOS ANGELES (KABC) -- Six people were injured during a shooting at a grocery store shopping center on Friday in South Los Angeles, according to authorities.

It happened at a strip mall located at 10211 S. Avalon Blvd., just outside of a Superior Grocers store.

The Los Angeles Fire Department said four people were rushed to the hospital in critical condition and the remaining two were treated at the scene.

Several of the patients were shot while others suffered graze wounds, LAFD said.

One suffered a glass injury, according to the fire department. A spokesperson told Eyewitness News one of the shooting victims is reportedly a 54-year-old woman who was shot in the back.

According to police, the two suspects - who were described only as Black males - fled the scene in a Nissan Altima.

The area surrounding the shopping center has been closed off as officers continue their investigation. Anyone with information is urged to contact authorities.