KABC
By Rob McMillan
SILVER LAKE, LOS ANGELES (KABC) -- An arrest was made in the case of a hit-and-run crash that killed a 35-year-old father in Silver Lake.

Edras Velasquez, 35, was hit while riding as a passenger on a moped-type scooter in September. The crash left him in a coma, and he later died.

A $50,000 reward is being offered to find the driver in a deadly hit-and-run crash in Silver Lake.

Investigators arrested 33-year-old Roberto Garcia-Martinez of Echo Park after several tips from the public led to the recovery of the suspected vehicle in the city of Hemet, the Los Angeles Police Department announced in a press release.

Deputies from the Hemet Police Department and Riverside's Sheriff's Department-San Jacinto Station assisted in the recovery of the vehicle and other key pieces of the vehicle at a local auto body shop, police said.

Garcia-Martinez happened to be a former mechanic at that body shop.

"Roberto's a private contractor that would fix cars in our shop before in the past. We would call him every time we needed him to fix a car," owner Johnny said.

He added Garcia-Martinez hadn't worked for them in two years, but then heard from him a few weeks ago because he wanted the front end of his car fixed.

"He said he had a little incident, a fender-bender, and he couldn't keep his car at his apartment. He asked if we could keep it at my shop. I sent my tow truck and we picked it up, and it's been here ever since," Johnny said.

Johnny said Garcia-Martinez had agreed to fix the car himself on the weekends, but then disappeared two weekends ago.

Two men riding a motorized scooter are in critical condition after being struck in a hit-and-run incident in Silver Lake Tuesday.

When authorities showed up Thursday, the body shop employees not only took them to the silver BMW but to a back corner where they said the suspect had placed the hood of the vehicle.

This case will be presented to the Los Angeles County District Attorney's Office next Tuesday, authorities said.

LAPD said Garcia-Martinez was booked for an unrelated outstanding warrant. His bail was set at $10,000.

Velasquez left behind a wife and two children.

Surveillance video showed there was a female passenger in the vehicle at the time of the incident. Investigators are urging that female passenger to come forward to assist with the ongoing investigation.
Report a correction or typo
Related topics:
silver lakelos angeleslos angeles countytraffic fatalitieshit and runsearchlapdmanslaughtercarreward
Copyright © 2021 KABC-TV. All Rights Reserved.
RELATED 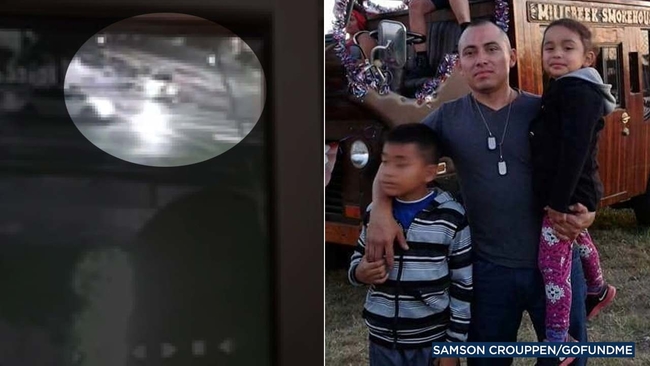 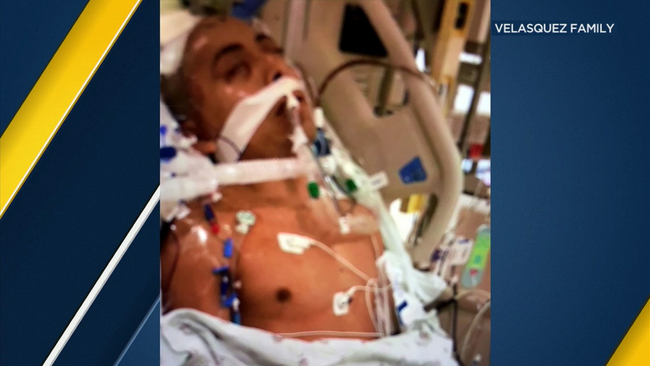