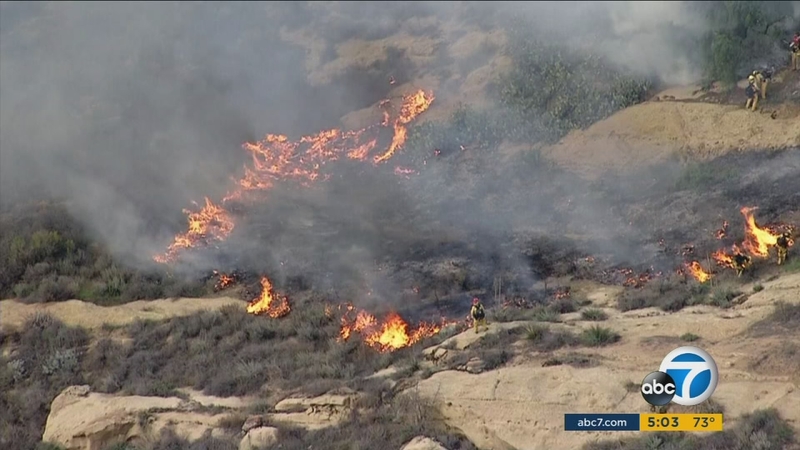 SIMI VALLEY, Calif. (KABC) -- A 60-acre brush fire burned for about an hour in the Wood Ranch community in Simi Valley on Tuesday, according to Ventura County fire officials.

The fire was reported at about 2:40 p.m. near Sage Street and Laurel Ridge Drive, where flames were seen moving slowly behind homes.

No evacuation orders were issued but residents on Sycamore Grove Street and Pine Meadows were told to shelter in place as fire crews battles the brusher from the air and ground.

By about 4 p.m., firefighers gained the upper hand on the fire, and the blaze appeared to have dissipated.

About 150 fire personnel worked to extinguish the blaze, which fire officials said threatened dozens of homes in three surrounding neighborhoods.

According to Capt. Scott Dettorre of Ventura County FD, a brush clearance program in the county helped save the homes from being damaged.

"We require a 100-foot clearance and because of that, it gives us that dispensable space - which, this is a classic example of how well it works. We were able to get our crews in here, they had an area to work from and as a result, we had no firefighters injured and no homes lost," Dettorre explained.