Resort officials say the lack of natural snow isn't uncommon and their snowmaking machines will help them through the season.
KABC
By Ashley Mackey 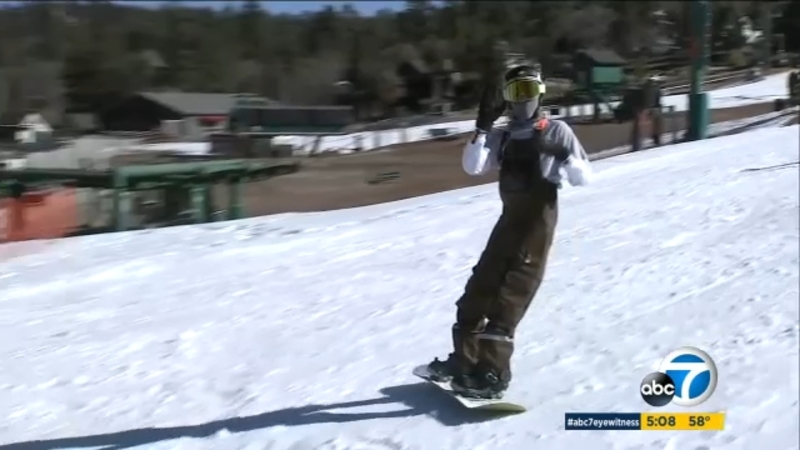 "I expected for there to be snow by now," said Johnny Espinoza, a season pass holder. "Usually by Thanksgiving time we already have some snow going on, but I'm excited to be here now."

Resort officials said although there isn't much natural snow, this isn't uncommon and that their robust snow making machines will help carry the resort through its roughly four-month snow season.

"We typically try to get open somewhere around Thanksgiving, give or take a week on either side," said Justin Kanton, a Big Bear Mountain Resort official. "That being the case, we're fairly in line with the typical season start. Weather has been warmer than usual, but we've been able to make enough snow to get limited runs open at Bear Mountain and Snow Summit."

"Last year this was open on Thanksgiving," said Jason White, a season pass holder. "Now, it's Dec 2 and we got one run, so I guess we're blaming global warming."

While some local business owners would like to see some snow on the ground, they said having the mountain open will bring in more customers.

"Definitely hoping for an early season," said Tyler Gonzalez, and employee at Muchados. "We usually have snowfall, but that's just how it is some years, but they're making snow up there. The guys will come. You build it, they will come."

"Last week it was the start of our busy season. We were extremely busy," said Lisa Pyatt, an employee at The Village Sweet Shoppe. "Usually in between we get a bit of a slow part, but now that the mountain's open, it'll be great to see everybody back up here. We just need a little snow on our sidewalks."