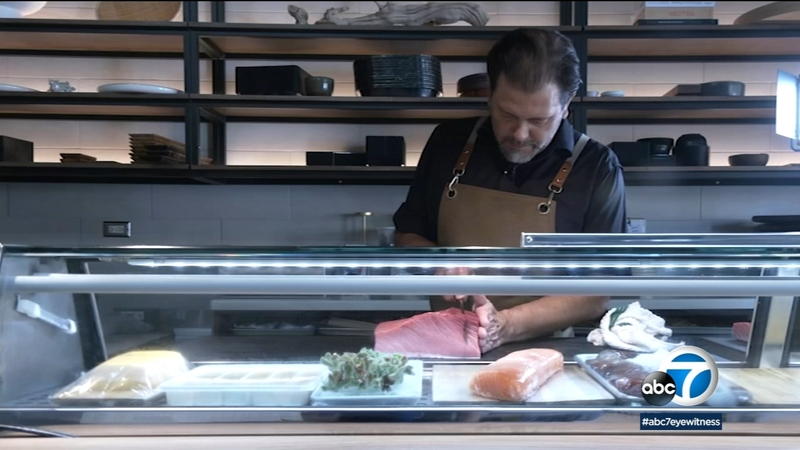 SAN DIEGO (KABC) -- Fish consumption worldwide has increased faster than meat consumption over the last 50 to 60 years to the point that one-third of global fish stocks are considered overfished.

"With this rate of farm-raised and wild-caught fish, we will run out," Shihomi Borillo, owner of Azuki Sushi Lounge in San Diego, said.

In an effort to avoid that inevitability, San Diego-based company BlueNalu Inc. has entered the field of cell-cultured seafood.

Food waste is a global problem, but could freezing food with solar power be the answer to cutting the waste?

In two to four years, they plan to move that technology to bioreactors, which allows the cells to grow in large volume.

"We're really creating a new supply chain, a third one. Not wild or farmed, but cell-cultured," Cooperhouse said. "It's really all about feeding the planet with a more sustainable solution, so we describe what we're doing as healthy for people, humane for sea life and sustainable for our planet, but also finding food security solutions for nations around the world as well."

The cost to create seafood in a lab will be a challenge, which is why BlueNalu is focusing on high-value species, already expensive, like the bluefin tuna found at Azuki Sushi.

"It's a little hard to imagine that coming out of a lab, but the idea of it is great," sushi chef Robin Villanueva said.

Azuki Sushi is working closely with BlueNalu to create the ideal end-product that looks and tastes the same as wild-caught.

RELATED: How an urban shrimp farm in Downey is offering an innovative, sustainable alternative to overfishing
EMBED More News Videos

TransparentSea, an urban shrimp farm in Downey, is offering an innovative alternative to overfishing in oceans.

"What BlueNalu is offering is giving the ocean a chance to breathe again, and I think it's beautiful," Borillo said.

Another challenge is to break the consumer habit of sticking with what they are comfortable with and instead, replace it with something they may never have heard of.

Borillo thinks that will be easy to overcome if the product is good.

"People's perspective will change after the end product meets their pallet," she said.

Cooperhouse also feels that a consistent product will be a huge plus.

"Right now there's such variability with seafood, we're actually giving you something that gives you, as we describe it, the optimal culinary experience, every single time," he said.

For Earth Month, ABC7 tracked down people finding solutions to the problems facing our planet, including the urgent need for environmental justice, sustainability and climate solutions.

It will be some time before consumers have the option of cell-cultured seafood.

For BlueNalu, they will need regulatory approval before beginning small-scale market development, but the ultimate goal is to break ground on a large-scale factory by the end of the decade.

Villanueva is just happy to be part of something so new.

"To be involved at the ground level where they are at the very beginnings of it is really exciting, and to see what they've done as scientists and entrepreneurs is pretty impressive, and I'm hoping it all comes together," Villanueva said. "It's what we're looking for, and hoping for."