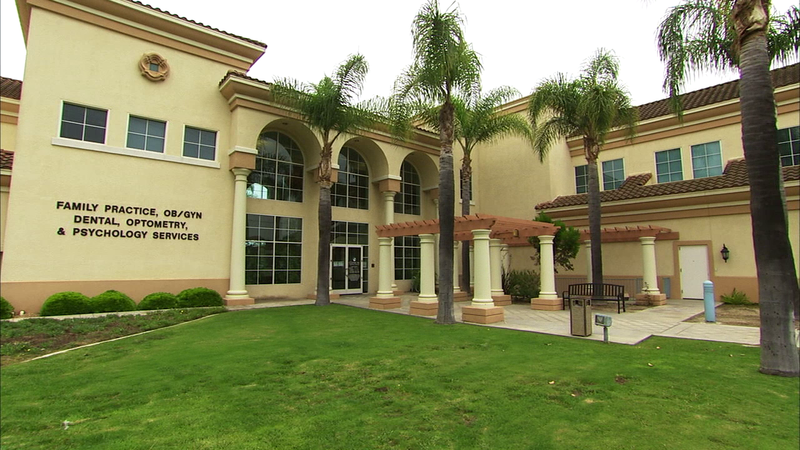 VENTURA COUNTY, Calif. (KABC) -- In the early '70s, community activist Roberto Juarez, unknowingly found his life's mission. He saw farmworkers and their families in desperate need for quality healthcare in his hometown.

So he and a team of activists took action by starting a small free clinic based out of a motel in the city of Santa Paula in Ventura County.

"It was born through that free clinic effort of saying: these people need some service," Juarez said.

One of the largest farmlands in the nation, Ventura County is home to tens of thousands of farmworkers. In 1971, Roberto and his small group began to effort bringing quality healthcare and access to this underserved population.

"In my previous life as a hospital administrator, and as an environmental health worker and public health worker for the county, I saw the need," Juarez said.

"80% of our population are probably farm workers. You start in medical, and you say, 'well, what else do I need?' Well I need a pediatrician, I got kids," expressed Juarez. "I need an OBGYN...I need an orthopedic surgeon...next, you need dental, and from there it's grown."

'Clinicas' was also one of the first to offer psychiatry and psychology services in Ventura County. Today, there are more than 15 full-service health clinics with over 4,000 healthcare specialists.

Roberto was instrumental in creating a business model that was a one-stop shop, and made it a priority to accommodate farmworkers' schedules.

The healthcare clinic, with the majority of its staff bilingual, is also mobile, taking services to the people.

"It's important because patients can't always get to one of our sites, so we'll take 'em out to the fields, out to the schools. We'll do dental screenings with the children," Juarez said.

Even in the most perilous situations, the Clinicas team is there for their patients. In December 2017, when the Thomas Fire erupted in the hills of Santa Paula and quickly became the largest wildfire in California history at the time, the healthcare provider remained opened.

"Some of them lost their homes, some of them lost everything, so we said bring them in, we'll see you, we'll take care of your kids, and we'll feed them," remembers Juarez.

From improving access to quality healthcare to creating thousands of jobs, 'Clinicas' is a leader when it comes to making a difference in the community.

"I was 18 years old, and I didn't know really what I wanted to do with my life, and coming to Clinicas really opened my eyes to all these possibilities, opportunities," said Operations Manager Sandra Reza.

Reza started as a receptionist, then went to the billing department, and eventually managed one of the clinics in Oxnard. Today, she's an operations manager.

"Clinicas helped me further my education, they sponsored my bachelor's degree, and more recently my masters. Had I not worked here I don't think I would've been able to accomplish that; and I'm just one of many," Reza said.

"The creation of Clinicas is a phenomenal accomplishment. You have Clinicas which is the number one provider of healthcare to farmworkers in the United States of America," said political policy consultant Arnoldo Torres.

"When a campesino comes into one of his Clinicas they're going to feel like they're going into a beautiful place that they deserve," said longtime friend of Juarez, Jess Ramirez.

Ramirez is referring to the colorful murals celebrating Mexican heritage that adorn the walls at some of the 'Clinicas' health centers.

At the heart, Roberto is a community advocate -- doing what is right for others is something that has always come natural.

"It's been there in so many different areas, it's something that just kind of stays with you... As long as I do my job, and as long as I do it well, everything's okay. And everything's been okay now for a little over 41 years," Juarez said.