KTRK
SAN JOSE, Calif. -- There's good news about a college grad who was homeless and handing out resumes in Northern California. He landed a job!

I am pleased to announce that I have accepted a position as a Software Engineer with @WhiteFoxDefense! I would like to thank @AustenAllred with @LambdaSchool, and @SkilledInc for their support throughout this process! #ThankYou 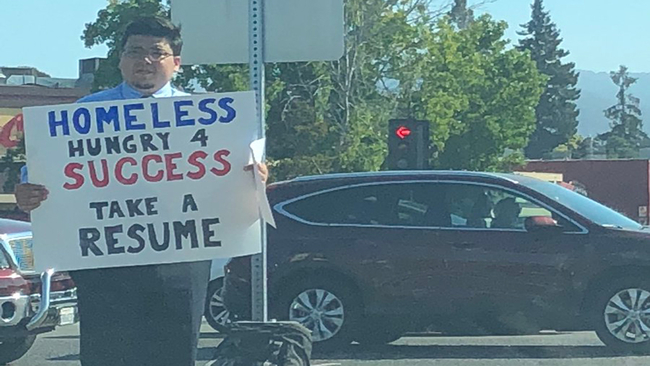