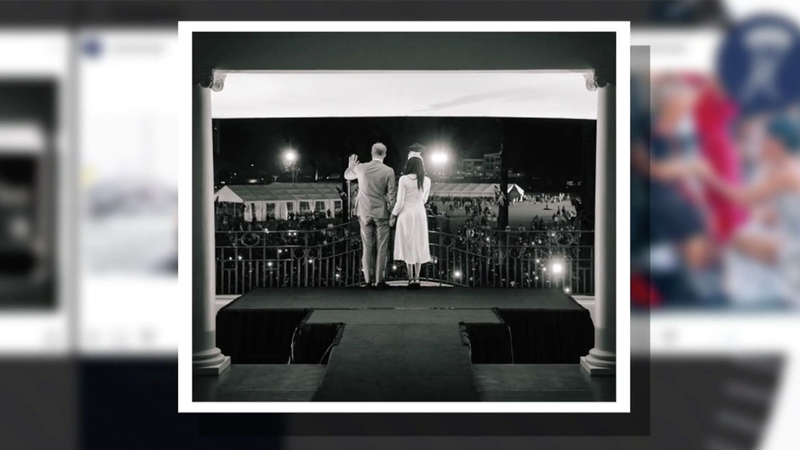 In their first post, the couple posted a photo gallery with some sweet snaps of their humanitarian work and their interactions with the public, and they included a never-before-seen romantic photo of the two of them.

The couple explained that the account would be used to make announcements as well as to "shine a light on key issues."

Guinness World Records confirmed that the account was officially the fastest to one million.

The other big news: Meghan and Harry won't be on the @KensingtonRoyal accounts anymore. That will now be exclusively for Prince William and Duchess Kate's family. The existing account acknowledged its sister account with a photo of Harry and Meghan captioned, "Welcome to Instagram, @SussexRoyal!"

The couple's big day comes about a month after Queen Elizabeth II joined Instagram in her own way, by posting from the royal family account for the first time.
Royals expert and ABC News contributor Omid Scobie said the new account is all about Meghan and Harry blazing their own trail.

"The couple already have some of Hollywood's biggest names following them," he said. "This is very much the start of them doing things their way."

With the duchess expecting the couple's first child sometime later this month, Guinness speculated that perhaps the first photo of the future royal will surpass the world record egg for most liked post.

A look back at Prince Harry and Meghan Markle's relationship timeline

When is Meghan Markle's baby due? Duchess of Sussex teases details