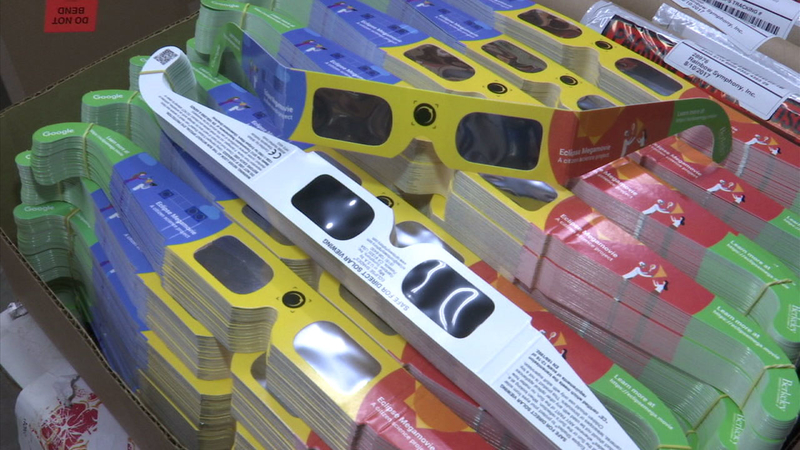 LOS ANGELES (KABC) -- When the moon temporarily blocks the sun on Aug. 21, millions of people will be watching. But if you're not wearing certified eclipse glasses, you could be in danger of damaging your eyes.

"If you stare at the sun and you allow that light to get into your eye, you can in fact go blind," Dr. Ed Krupp said.

Krupp, with Griffith Observatory, said this will be the most promoted eclipse in history. But he wants people to be careful with counterfeit or homemade viewing devices, which won't protect against infrared and ultra violet light.

Mark Margolis runs Rainbow Symphony, a Los Angeles-based company that manufactures eclipse glasses. He said they've sold tens of millions over the past three years leading up to the big day.

"There's a lot of glasses that are coming into the market that are made in other places that haven't gone through the rigorous testing that our glasses have. They don't have the ISO - ISO testing has not been done," he said.

The lenses on Margolis' glasses allow a low and safe percentage of light into the eye, while counterfeit glasses may not.

The American Astronomical Society said the counterfeits may have the mandatory ISO mark, but no number. Real eclipse glasses also provide a way for the user to contact a manufacturer.

"It will look like a big bite taken out of the sun," he said.