The Ternans have focused their efforts on social media with their campaign, Song for Charlie.
KABC
By Jovana Lara 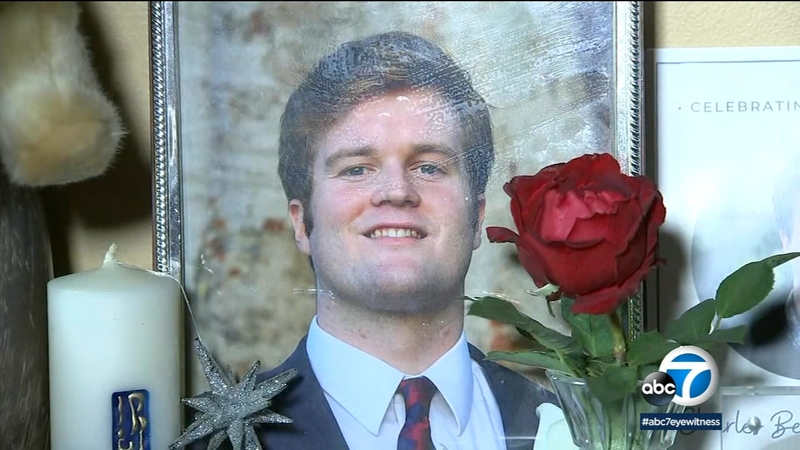 Eighteen months ago, Ed and Mary Ternan's 22-year-old son, Charlie, was found dead in his dorm at school, just three weeks before graduation.

"It's just been really hard on our family. Everything changed. Our whole world changed," said Charlie's mother, Mary Ternan. "He was gone they think probably in about 15-20 minutes."

But Charlie wasn't an addict; he didn't overdose. Authorities say he was poisoned by fentanyl. He took just one pill thinking it was a Percocet that would alleviate his back pain.

"He just was a great guy, you know? He just brought people together. He was really smart. He did very well in school," said Mary Ternan.

Ed and Mary were shocked to learn their son was not alone. Counterfeit fentanyl pills are killing thousands of young people. They have since managed to channel their heartbreak into action and a determination to sound the alarm about these fake pills. They call them "Fentapills."

"It's really easy to get these pills and drug traffickers know that the kids are on these social media platforms and so that's where they go," said Charlie's father, Ed Ternan.

And that's where the Ternans have focused their efforts: on social media platforms such as Instagram, Facebook, Snapchat and even TikTok. They call their campaign, Song for Charlie, telling his story and the stories of others who've died from fentanyl poisoning.

Applauding their work, Bill Bodner, head of the D.E.A. in Los Angeles said, "The way that they've taken the lead on turning it into a positive and trying to get the word out to the community to spare others the pain that they've been through is just incredible."

"That's the first time that we've ever seen over 100,000 lives lost in a 12-month period and even more alarming is the fact that three-fourths of those deaths were caused by fentanyl," said Bodner.

The numbers are staggering and the threat is very real. The solution for the Ternans is to share Charlie's story with the world.

"The difference between high and die is a matter of micrograms in a dosage. It's impossible to control that, and so every time someone takes a pill that they don't get from their doctor, statistically, they're playing Russian roulette with two to two and a half bullets in the gun," said Ed Ternan.

WATCH: "Killer High: The Silent Crisis," an original documentary exploring the impact of fentanyl through the eyes of the families impacted by it
EMBED More News Videos