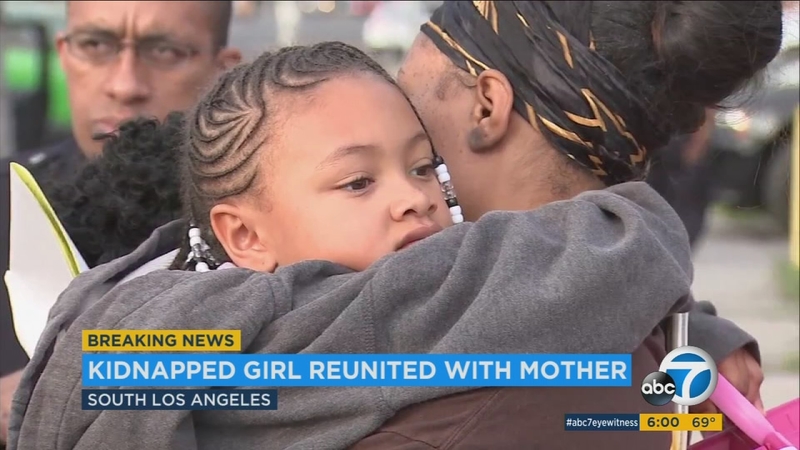 SOUTH LOS ANGELES (KABC) -- A 6-year-old girl has been found safe after she was kidnapped during a car theft outside a South Los Angeles laundromat on Thursday, according to authorities.

Los Angeles police said the girl was kidnapped in the 7800 block of Broadway at about 2 p.m.

Officials said the child was sitting in a black 1998 Lexus ES 300 when a woman jumped into the vehicle and took off.

Authorities said the suspect dropped the girl off at a daycare in the 5900 block of South Central Avenue just before 3:30 p.m. The suspect told employees the girl was lost and being abused before she fled from the daycare, according to officials.

AIR7 HD captured the emotional moment when the girl was reunited with her mother. The child was also spotted giving hugs to several officers at the scene.


The suspect and stolen vehicle were still missing, according to authorities. Police stated the stolen car has license plate No. 4CBT374.