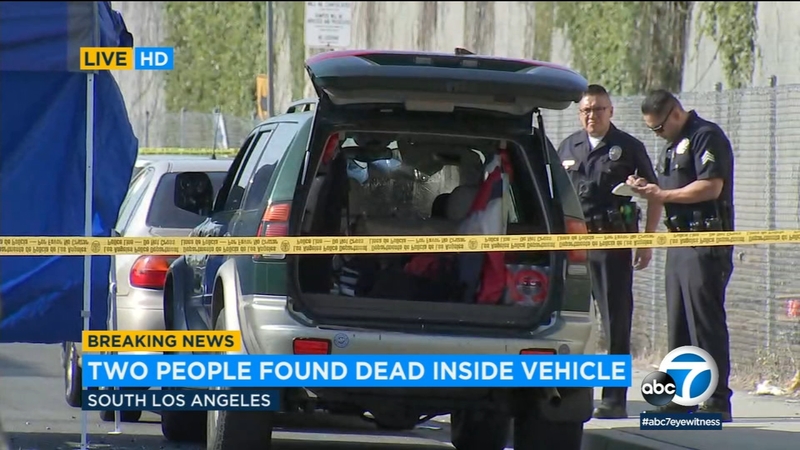 The bodies of two men in their 30s were found inside a green Mitsubishi SUV with a handicapped license plate in the area of 89th Street and Grand Avenue around 8 a.m.

A friend of the victims told Eyewitness News she believes they were shot around 2 a.m.

She said the two men were her childhood friends and they were not in gangs. One was 34 years old and the other was 35, she said.

She said they did not live in that neighborhood, but would come by at times to visit friends.

One man worked as a barber and the other had just gotten a new job as he was taking care of his sister's baby, after his sister died of cancer recently.