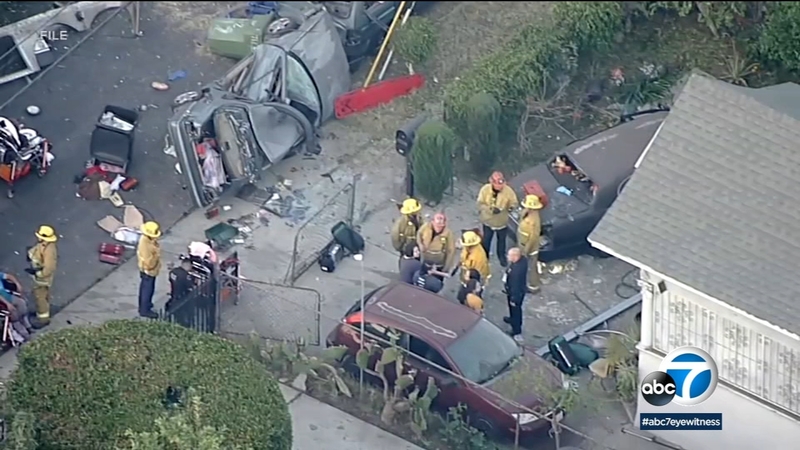 SOUTH LOS ANGELES (KABC) -- It's been nearly a year since the Becerra home was destroyed by a Los Angeles police detonation of fireworks that practically leveled a South L.A. neighborhood.

LAPD admitted fault for the blast that injured 17 people, including 10 officers, a federal agent and six residents.

A report from the Bureau of Alcohol, Tobacco, Firearms, and Explosives said human error was the cause of the catastrophic explosion - officers miscalculated the weight of the explosives placed into a "total containment vessel."

The Becerra family on Thursday filed a lawsuit against the city of Los Angeles, saying the city hasn't fulfilled its promise to help them rebuild.

"We lose everything in that. We are waiting one year for a solution now," Jose Becerra said. "With the city not accepting the claim it's really hard to understand. They promised to help and they never give the help."

According to the Becerra family attorney, they're asking for at least $ 1 million from the city to rebuild their home.

A recently-released report on the massive explosion in South L.A. has families speaking out on the mishandling of the situation.

"To date (the city has) not even accepted their claim, much less provide any income," the family's attorney Michael Alder said. "We have had to do a fundraiser for the entire block, which we've done. Our firm has also gifted money to the Becerra family just for them to survive."

Some repairs in the neighborhood have been made. The Becerras say they just want their home and life back.

"This is my home. This is my family, and they won't accept this? That's not nice. That's a shame," Becerra said with anger in his voice. "I feel ashamed about my city."