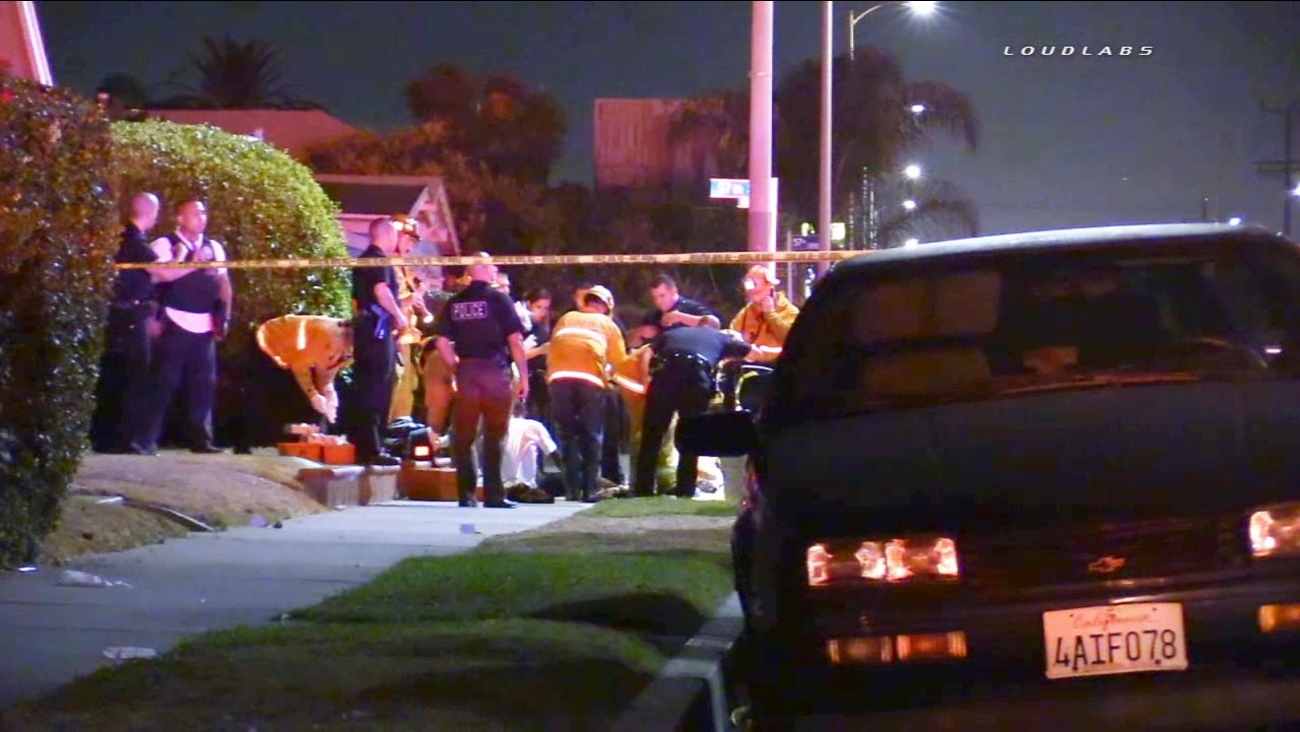 Emergency personnel are shown at the scene of a shooting at 57th Street and South Normandie Avenue in South Los Angeles on Saturday, Aug. 15, 2015. (KABC)

SOUTH LOS ANGELES (KABC) -- Four people in a car were injured, one critically, when someone opened fire into their vehicle in South Los Angeles.

Responding officers found all four victims wounded inside a car.

The victims told police that a man walked up to their vehicle and began shooting.

All four victims were taken to the hospital. One was listed in critical condition.