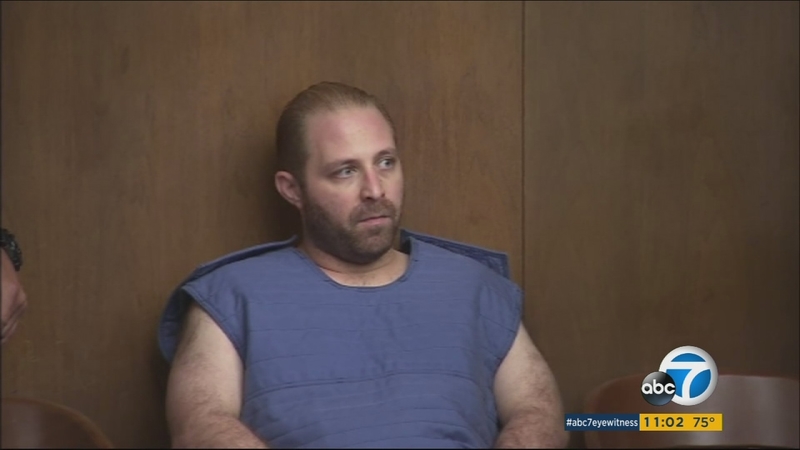 ALHAMBRA, Calif. (KABC) -- A South Pasadena father, who is accused of killing his 5-year-old son, pleaded not guilty to a murder charge in court on Monday.

Aramazd Andressian Sr. entered the plea in the Alhambra branch of Los Angeles County Superior Court. He was seen shackled and wearing a suicide-prevention vest.

"I will be spending the next six weeks speaking with my client, going over the police report, any and all interviews, and see where we go from here," said Rodriguez, who also said Andressian Sr. will be evaluated by a jail psychiatrist.

A day later, Andressian Sr.'s estranged wife reported her son missing after the father did not drop the boy off as scheduled. Andressian Sr. was found passed out in his car at Arroyo Seco Park in South Pasadena, and the child was nowhere to be found.

"Devastated, couldn't believe it, still in shock. There's no words that can describe how we feel. As a parent, as an uncle, to comprehend, to wrap your head around, why would a father do this to your own son? To any kid?" Estevez said.


Authorities initially arrested Andressian Sr. in Los Angeles after his son's disappearance, but he was released due to lack of evidence.

After extensive investigation, Andressian Sr. was arrested again in Las Vegas on June 23.

Aramazd Andressian Sr. was arrested for the murder of his son and booked at a jail in Las Vegas on June 23, 2017.

That following week, Andressian Sr. appeared in a Nevada courtroom and told the judge he would not be fighting extradition back to California.

He was brought back to the Southland on Friday. That same day, a body believed to belong to his son was discovered near Lake Cachuma in Santa Barbara County after months of frantic searching.

Aramazd Andressian Sr., who is accused of murdering his 5-year-old son, appeared at an extradition hearing in Las Vegas on Tuesday, June 27, 2017.

"He's my nephew. He's my family. I will be here for the day it starts to the day it's over," Estevez said. "I'm here to support my sister. She's not alone."

The boy's mother was in court on Monday, surrounded by friends and family, obviously distraught.

Lake Cachuma was among the multiple places searched by officials during the course of the investigation. Based on additional leads in the case, homicide detectives returned to the lake on Friday in an effort to locate additional evidence, according to the Los Angeles County Sheriff's Department. It was then that the body was found.

Homicide detectives with the Los Angeles County Sheriff's Department said the remains belong to Andressian Jr. An autopsy was pending by coroner's officials.

Authorities said they believe Andressian Sr. planned his son's murder in an effort to get back at the boy's mother amid a difficult divorce.

Los Angeles County Superior Court Judge Cathryn Brougham set bail at $10 million. He is due back in court on Aug. 16 for a preliminary hearing.