WLS
CLEVELAND -- A Southwest flight from Chicago's Midway Airport was diverted to Cleveland Wednesday morning after a window cracked mid-flight, according to the Federal Aviation Administration.

The plane landed successfully, and there were no reports of depressurization, the airline said. No injuries were reported.

Breaking News: @mickychinn just sent me this picture of (another!)blown out outer-window on his @SouthwestAir Flight 957 from Midway to Newark. Plane just emergency-landed into Cleveland. #Southwest, what is going on? Everyone seems safe and unhurt. Kudos to the pilots and staff! pic.twitter.com/dszdee3NBU

Passengers said they heard a popping sound, and they were moved quickly away from the window after it cracked.

In a statement, Southwest said: "The flight landed uneventfully in Cleveland. The aircraft has been taken out of service for maintenance review, and our local Cleveland Employees are working diligently to accommodate the 76 Customers on a new aircraft to Newark."

The incident occurred about two weeks after a 43-year-old woman was partially sucked out of Southwest Airlines plane after debris from an engine explosion blew out the window.

Jennifer Riordan, 43, was the first person to die on an American airline in almost 10 years in the April 17 incident. The plane, destined for Dallas, had taken off from LaGuardia International Airport in New York when the engine blew about 20 minutes into the flight. The pilot managed to safely land the plane in Philadelphia.

On Monday, passenger Lilia Chavez filed a lawsuit against Southwest Airlines, GE Aviation, Safran Aircraft Engines and CFM International, a supplier of jet engines, in the Eastern District of Pennsylvania. She alleges "mental anguish" as a result of the incident.

Chavez was sitting three rows behind where Riordan was partially sucked out the window, the lawsuit says.

"Ms. Chavez witnessed the horror as the force of the depressurization pulled an innocent passenger partially through the shattered window and she watched as passengers risked their lives to pull the passenger back into the aircraft and save her life," the lawsuit says.

Passengers on @SouthwestAir #Southwest flight 957 being told to deboard with their belongings and to reboard another aircraft. pic.twitter.com/xkklt1rnpV 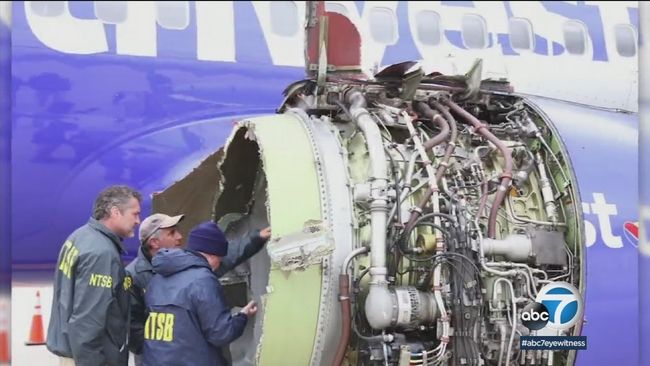 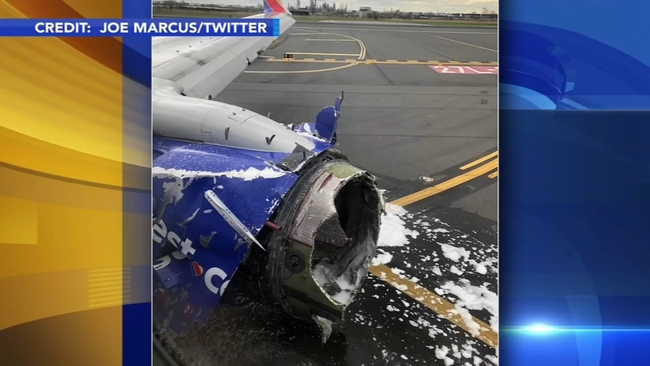 Witnesses: Woman was nearly sucked out of plane after engine failure 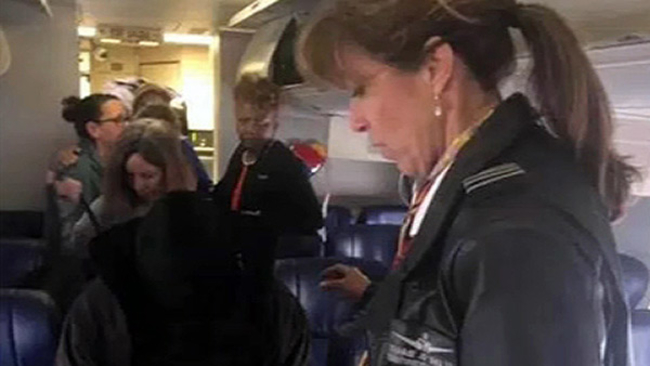