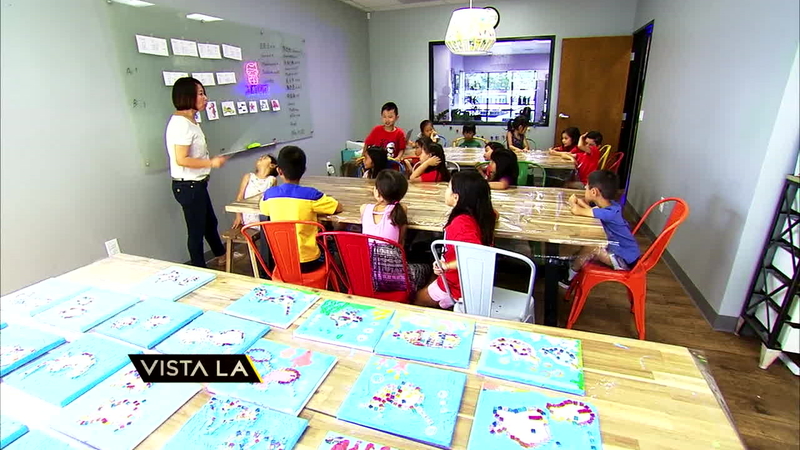 BREA, Calif. (KABC) -- With well over a billion native speakers, Mandarin is the most spoken language worldwide. Followed by Spanish and English. In Los Angeles alone, there are more than 200 languages a spoken at home.

Bilingualism could potentially create more job opportunities for a child's future, but many also feel it deepens identity and family relationships.

Well, we discovered SPACE in Brea, which stands for student programs for academics, Chinese, and extracurricular. This is an after school program for kids to learn Mandarin and Chinese traditions but the teaching include a blend of modern American influences.

The center's logo is an astronaut in outer space alongside a panda, highlighting American and Chinese cultures.

"It's beautiful that we can combine two cultures," Co-Founder, Amy Liu said. "My Co-Founder, Jackie, her husband is Mexican and she's from Taiwan... So she understands the biracial portion of it and I'm second generation Chinese so I understand what its like to have immigrant parents, but be born in the United States."

The two young entrepreneurs came together to start this academic and cultural center in their community because they saw a need.

They would chat during their children's soccer games about wanting their kids to know and love Chinese culture and its traditions, but equally embrace life as Americans.

The idea behind SPACE was to create a fun, creative space where children could learn freely, strengthen family relationships, encourage bilingualism and multiculturalism, while growing academically and culturally.

SPACE is a place of celebration and kids of all ethnicities are welcome.