2021 WNBA Finals: Why Candace Parker took a chance on a Chicago homecoming 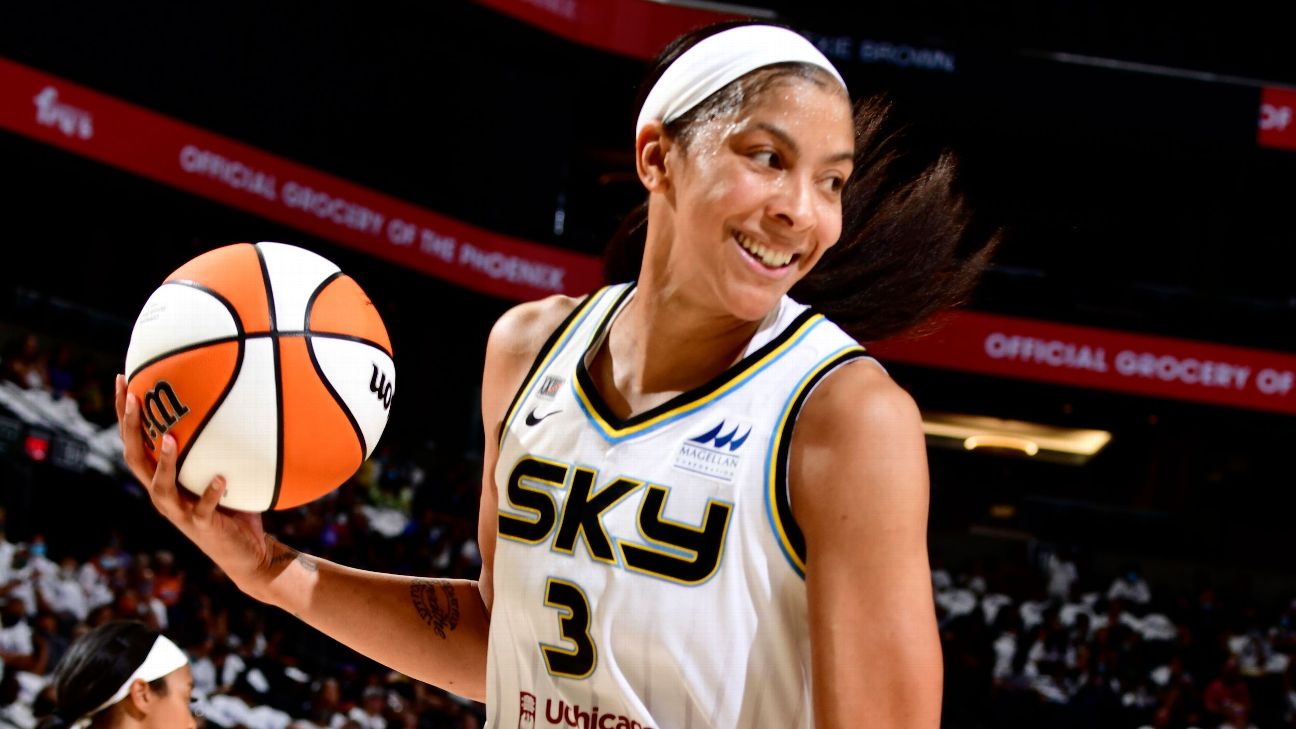 There are some parts of her routine Candace Parker never wants to change.

Spending time with her 12-year-old daughter Lailaa, calls with her older brother, Anthony. Spritzing a touch of the perfume Pat Summitt used to wear before every game, to remind her of the legendary Tennessee coach who passed away in 2016.


"It's called 'Angel,'" Parker said. "And it's so crazy how when I run into somebody that knew her, they smell me and they're like, 'Ohhhh.' Because she always wore that perfume."

Those are constants. But last fall Parker started thinking about what she wanted to change. There was something that said she needed to look for ways to keep growing, especially toward the end of her career. Embrace change, not comfort. Leaving her routine in L.A. to make something entirely new in Chicago felt like the right challenge.

Parker was drafted by the Los Angeles Sparks in 2008 and became the face of that franchise. She'd won a championship and an MVP in purple and gold. She'd made a home and a life in Los Angeles. Lailaa's life was in Los Angeles. Everything was comfortable.

Why change any of that, let alone all of that?

"I don't know how to put it, other than I just really needed to have a different viewpoint and a different experience," Parker said in an interview with ESPN ahead of Friday's Game 3 of the 2021 WNBA Finals (9 p.m. ET, ESPN2/ESPN App).

Chicago was her hometown, and playing for the Sky in front of family and friends held significant appeal. But it was more than that.

The book, by psychologist Carol Dweck, argues that adopting a growth mindset -- stretching yourself and learning through new experiences -- is critical to long-term success.

When the opportunity to become a free agent presented itself last winter -- the Sparks used their core designation on teammate Nneka Ogwumike -- it felt right to lean into what seemed like the best opportunity for growth.

"This was a really difficult decision," Parker explained. "I've been away from my daughter for almost two months, and I am never away from her.

"But this wasn't something where I was just like, 'Oh, Chicago was the best shot at winning the championship.' It really was that I just felt like I needed to come to Chicago. I needed the new viewpoint. I needed to grow."

Parker called a small but trusted group of friends as she weighed the decision.

Brooklyn Nets starKevin Durant, who'd changed teams twice in free agency during his career, told her, "Follow your heart. People love you if you win, and if they don't love you, who cares? You made your decision.'"


Miami Heat icon Dwyane Wade, who'd made a similar move back to his hometownChicago Bullslate in his career, reminded her of the potential complications of such a move. Wade's homecoming didn't go nearly as well as Parker's has -- he played just one season in Chicago before agreeing to a buyout.

Vanessa Bryant, who has become a close friend, said that she and Kobe Bryant at one point considered moving to Chicago when he asked for a trade from the Los Angeles Lakers, even going so far as looking at properties. But the harsh winters were a turnoff.

"But then I reminded her our season is in the summer," Parker said with a smile. "And she was all for it."

In each conversation, Parker found herself trying to find reasons to go to Chicago, rather than stay in Los Angeles. Her friends could hear it in her voice.

"I could tell," said Gray, whose first season with the Las Vegas Aces ended last week in the semifinals. "We talked all the time as we were making our decisions. She just had that growth mindset. And I think it's been refreshing, because you're coming to a new team, where you can kind of start over with people. But she was also coming in with so much experience already."

It hasn't all been smooth, though. Earlier in her career, Parker's outspokenness tended to ruffle feathers. The usual adjectives were applied: difficult, moody, aloof.

Parker didn't do much to try to change the perception.

"I keep a small circle," she said. "I don't have 50 million friends. I'm not buddy-buddy with everybody in the league."

But over time, perceptions of Parker have changed. It's good to be a feather-ruffler in 2021. Authenticity is in. Appreciation for Parker is up.

Her signature shoe with Adidas dropped right before the WNBA playoffs. Earlier this season she became the first woman to grace the cover of EA Sports NBA 2K. And the Sky's run to the WNBA Finals has only added to her Q-rating.

The feedback has been empowering, which only made her lean in more.

Parker's opening up, if you want to call it that, coincides both with her embrace of that growth mentality and her acceptance that her basketball career is perhaps nearing an end.


From the outside, being snubbed by the Olympic team in 2016 would seem to be her lowest basketball moment. But Parker said there was too much politics behind USA Basketball's decision to take it all that personally.

No, the lowest moment was when her body started failing her in 2015 and she had to sit out half the WNBA season to try to get back on track. There were no assurances she could, however, so she started making changes. She changed how she trained. She stopped playing overseas. And she leaned into broadcasting, which seemed to unlock both her present and future as she carved out a starring role for herself on TNT's NBA coverage alongside NBA greats Shaquille O'Neal and Wade.

After a career of keeping her circle tight and protecting herself by keeping others out, Parker let the world in.

Or rather, the world got to know her on screen.

"I really think her work with Turner has been so key," Gray said. "Because when you're talking the game at that level, with people like that, you learn things. You might not even realize how much you're learning, but you're taking it back on the court with you."

"I think she's always defined herself on her own terms, and not everybody likes that," said Ogwumike, Parker's former Sparks teammate. "But in a lot of ways, her perspective was ahead of her time. Because, now it's like people love someone who's out of the box. Someone who is just firm in what they believe in, and how they want to exude that in their everyday life."

When Ogwumike was stunningly left off the Olympic roster this summer, Parker was the most high-profile player to challenge USA Basketball's decision, even addressing the snub in an August GQ profile.

"She was the only person who said something," Ogwumike said. "Honestly, it wasn't a surprise. She's always been the one that will speak up when sh-- isn't sweet.

"It helped me get through it even though that's something she would've said to me privately," Ogwumike continued. "For her to use a GQ publication to talk about me? That's a huge platform, and the story was about her. She doesn't have to talk about me. But she did. Most people who are superficial wouldn't think or realize that, but that just shows what Candace is about."

It also shows how far perceptions of Parker have come.

"I know I ruffle feathers," she said.

She always has. But all of a sudden, that's a good thing.

Because she kept growing, and the world around her did too. 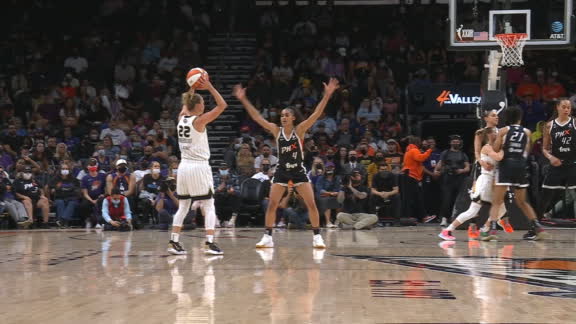