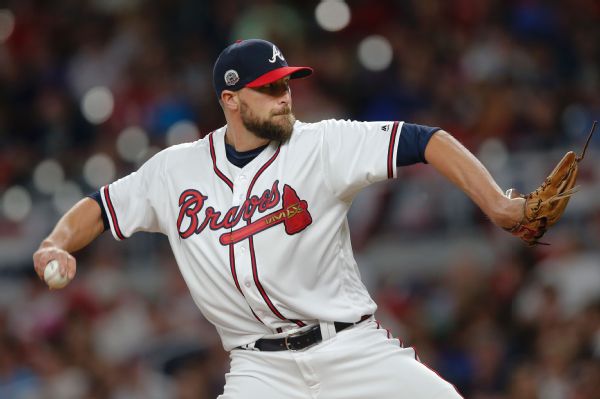 Ohtani, coveted as a pitcher and an outfielder, could be posted as soon as Friday by the Nippon Ham Fighters of Japan's Pacific League and be available to any major league team willing to pay his team's posting fee, expected to be the $20 million maximum.

A 34-year-old right-hander, Johnson had 22 saves while spending the first four months of last season as the Braves' closer. He had 51 saves over parts of three seasons with Atlanta.

Johnson pitched for the Los Angeles Dodgers in 2015. He had the best seasons of his career with Baltimore in 2012 and 2013, racking up a combined 101 saves.

Johnson gets $4.5 million next year in second season of a $10 million, two-year contract.

Kelly had a 3.53 ERA while pitching at five levels of the Angels' minor league system last season. He made his pro debut in 2016.