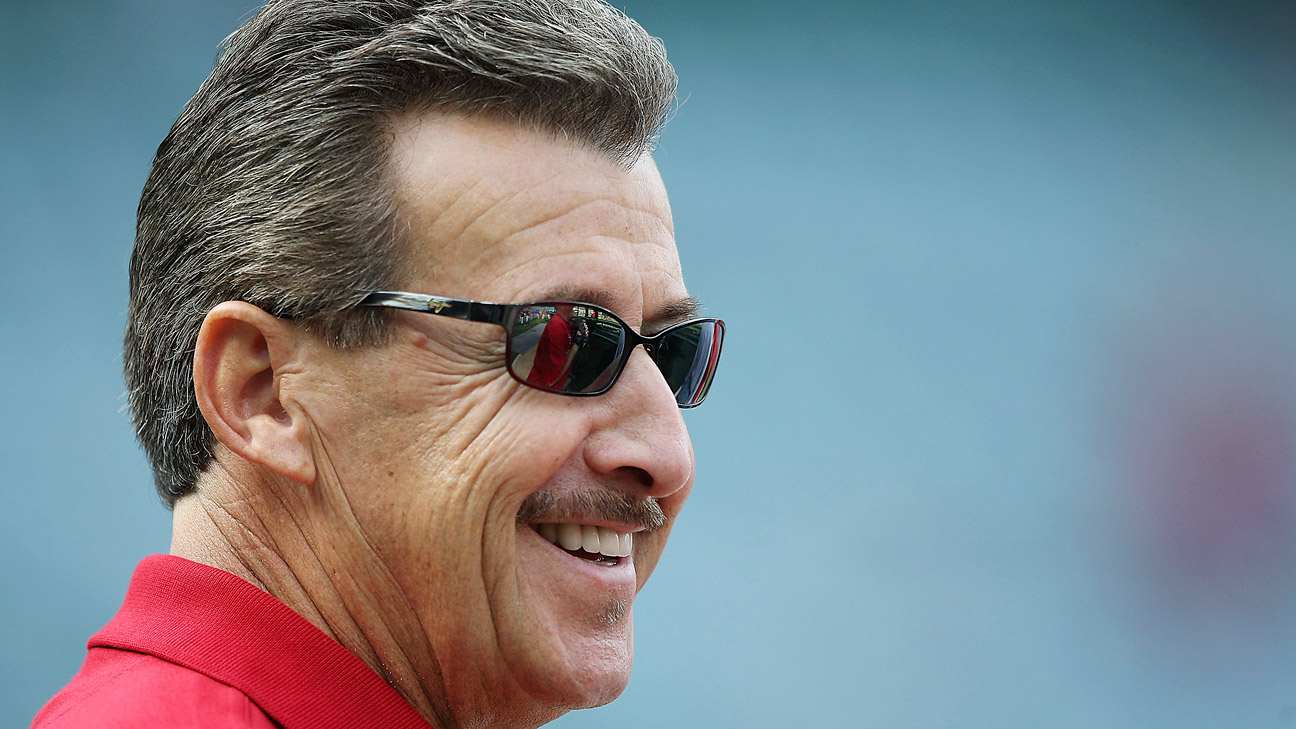 TEMPE, Ariz. -- Los Angeles Angels owner Arte Moreno acknowledges he scrapped the proposed trade that would have landed Joc Pederson and Ross Stripling from the Dodgers.

Moreno also says the Angels can make an even bigger trade for an elite starting pitcher if they get a chance this season.

Moreno covered many topics in his annual informal conversation with reporters on the training fields outside Tempe Diablo Stadium. He is excited about the potential impact of $245 million third baseman Anthony Rendon and optimistic about his pitching staff's ability to improve after a poor season.

Moreno also is eager to move on from the scuttled trade that would have sent infielder Luis Rengifo and a prospect to the Dodgers for Pederson and Stripling earlier this month.

Both veterans likely would have played immediately for the Angels, but Moreno called off the talks around the deal while the Dodgers' blockbuster deal with Boston was delayed for several days.

"It wasn't all impatience," Moreno said. "There were other things involved, too. ... I just would rather not talk about it. That wasn't going to happen, and it's not happening."

Later in the interview, Moreno said he realized Angels fans wanted more information about what went down.

"There's a lot of things that people would like to know, and they're not going to know," Moreno said. "It's water under the bridge. We've moved on."

Moreno has previously acknowledged he has a temper that sometimes affects his decision-making, but he was calm and upbeat throughout his discussion of the potential deal and the Angels' prospects for the upcoming season, which appear considerably brighter than they were last year.

The Angels added Rendon at third base to an already solid lineup, and they added starters Dylan Bundy and Julio Teheran after they struck out on the biggest free-agent pitchers on the market -- including Gerrit Cole.

Moreno has come to terms with the Angels' failed pursuit of Cole, an Orange County native who agreed to a $324 million, nine-year deal with the Yankees, the most guaranteed money for a pitcher.

"We had a substantial offer on the table, but we were sort of walking in there knowing no matter what we did, we were going to get outbid," Moreno said. "We had a pretty big number out there."

Moreno also admitted that the Angels' recent struggles hurt them. Los Angeles hasn't made the postseason since 2014 and hasn't won a playoff game since 2009.

"One of the things we knew early on was that he wanted a ring, and wanted to go somewhere where he had the best chance," Moreno said. "He grew up being a Yankee fan. We did our homework and spent a lot of time. We had a great conversation. They're nice people. And the Yankees gave him nine years."

Instead, the Angels made a hefty commitment to Rendon for fewer years.

"We just felt that our money, in the long term, would be better spent on Rendon, who was arguably the best position player available," Moreno said. "We haven't had a third baseman here in a long time."

He said the Angels aren't done looking to improve their rotation after last season's profound struggles, although Shohei Ohtani's return to two-way play should make a major impact. Moreno claims the Angels will be aggressive in looking for a difference-making starter.