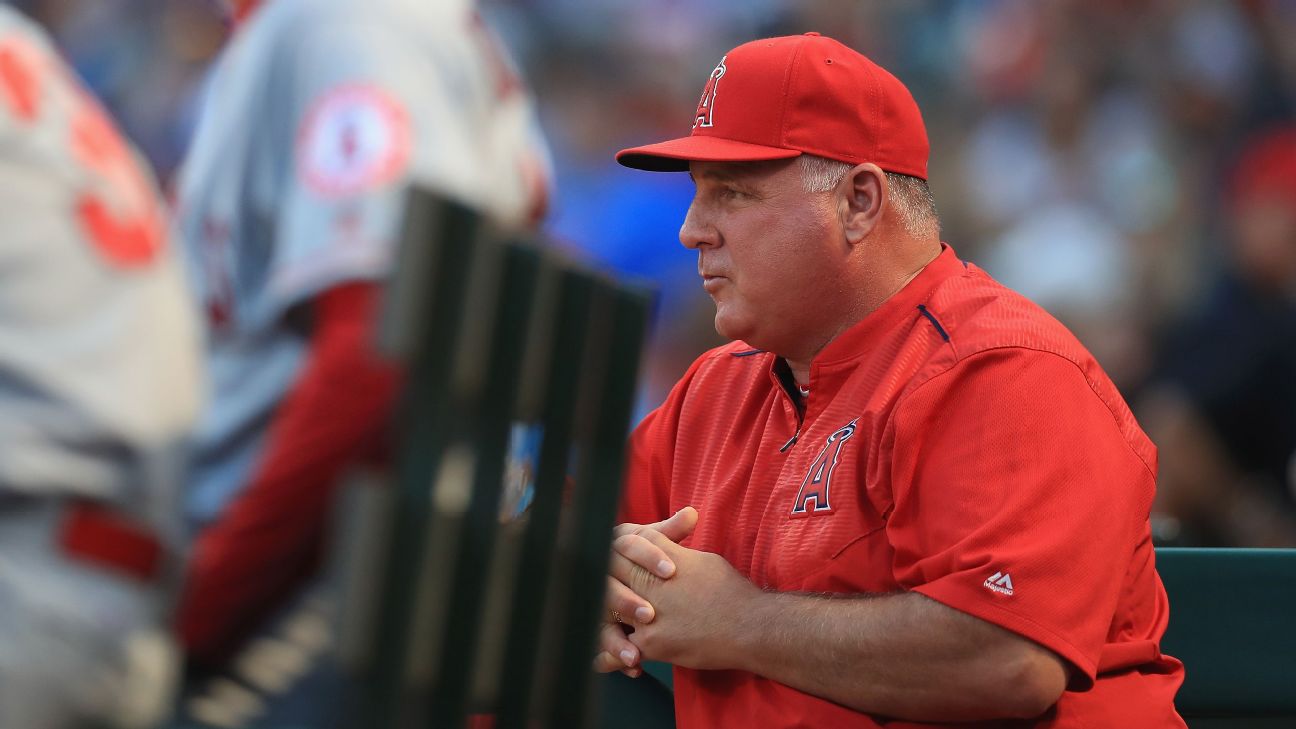 OAKLAND, Calif. -- The Los Angeles Angels lost four more players to the disabled list Friday, putting the club's total at a franchise-record 15 players on the DL at one time.

Infielder Zack Cozart went on the DL with a partially dislocated left shoulder, while right-hander Jim Johnson has a lower back strain; right-hander Garrett Richards is nursing a strained left hamstring; and right-hander Nick Tropeano has inflammation in his pitching shoulder.

Meanwhile, Japanese two-way star Shohei Ohtani is taking some one-handed swings as the Angels wait out his sprained elbow to be re-evaluated in a few weeks.

The timeline for Richards, plagued by injuries the past two seasons that limited him to 12 total starts over 2016 and '17, to return is unclear, though manager Mike Scioscia said the injury is considered mild.

"Hamstrings,'' he said, "they're a different animal.''

Richards left his Wednesday start at Seattle after two innings with tightness in the hamstring, then Cozart went down the next inning diving for a ball and irritated the shoulder. He has played with the injury before, but his shoulder needs to calm down. With Richards, the Angels won't take any chances.

"Unfortunately right now we've got to take a little half-step back and let it heal,'' Scioscia said before his team opened a weekend series at Oakland. "It was definitely affecting how he was trying to execute pitches the other day. We're keeping our fingers crossed that it's not going to be an extended injury.''

Johnson's back locked up a couple of days ago. Scioscia said he would do anything to take on all the injuries of his players because he doesn't have to be feeling good, with the former catcher noting he already has plenty of aches and pains. While the injuries are mounting and the minor leaguers are arriving at a rapid rate to fill big holes, Scioscia said there have been worse times like in recent years when the entire rotation was hurt in a month's time _ that is devastating,'' he said.

"I don't know about four guys in one day,'' Scioscia said. "You can absorb the regular players that are out here and there but when you lose the toughest commodity to find is really good starting pitching, that takes a big dent out of what you're trying to do. That being said, nobody's going to feel sorry for yourself. We feel we have the guys that will go in there and contribute and keep us going.

"And if we can pitch and have our bullpen hold leads, then we're going to be fine.''

The Angels called up four right-handed pitchers from Triple-A Salt Lake: Eduardo Paredes, Akeel Morris, Felix Pena and Jake Jewell. Left-hander John Lamb will be called up to start Saturday, meaning the Angels must make another move by designating someone for assignment to clear space on the 40-man roster.