Back in LA, late-arriving Puig homers off Kershaw 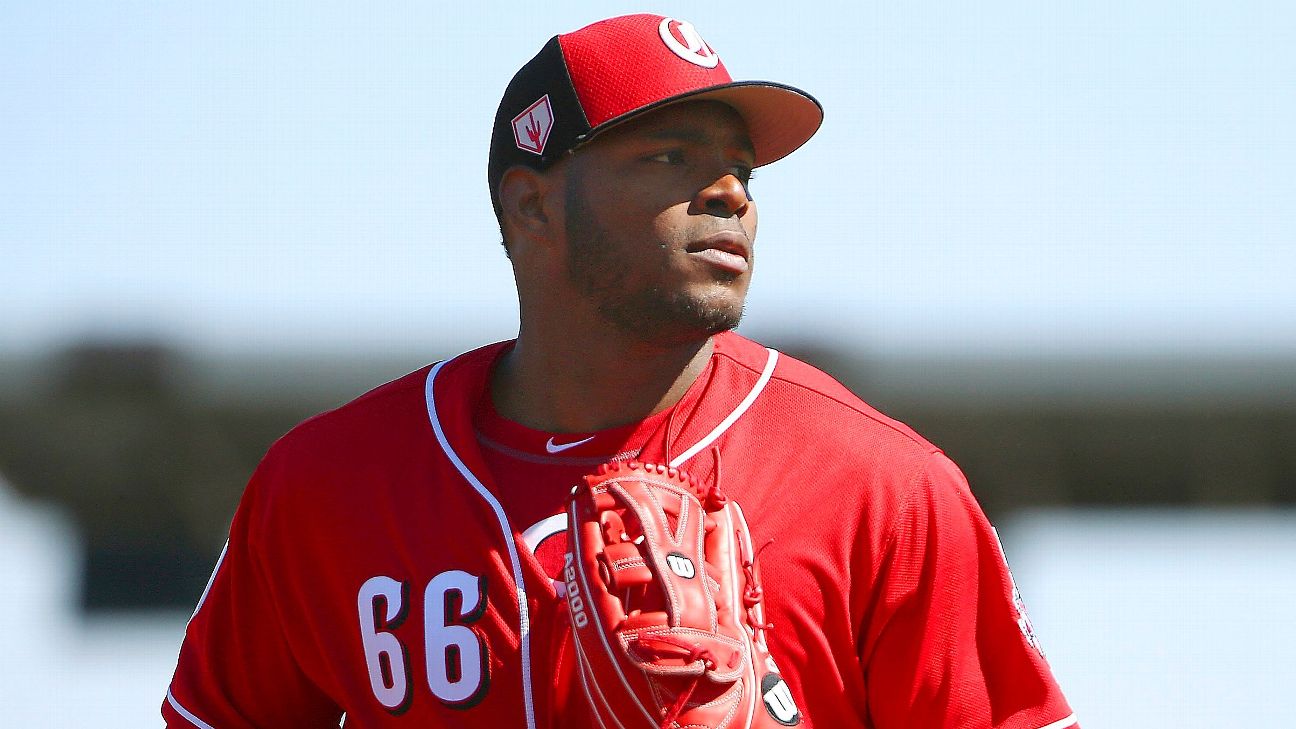 LOS ANGELES -- Yasiel Puig had been at his worst when he returned to Dodger Stadium on Monday. His OPS through his first 12 games sat at .502, and his first home run had come only 24 hours earlier.

But Dave Roberts, his former manager with the Los Angeles Dodgers, expected nothing short of Puig's best.

"When he's motivated, incentivized, he's a very good player," Roberts said. "This is as much motivation as can be in front of him."

He doffed his helmet to the fans who chanted his name when he came to bat in the top of the first inning, then linedClayton Kershaw's fourth pitch over the center-field fence, providing one of the Cincinnati Reds' few offensive highlights in the Dodgers' 4-3 walk-off win.

"I felt something special today," Puig said. "There were a lot of people, a lot of fans at the game. All the fans were chanting my name and gave me an ovation. This made me happy. I don't know why people did that. Probably it's because I did the best job I could do the last six years here for the city."

Prior to the game, Puig said in Spanish that he "might cry" upon hearing from the Dodgers fans who supported him so ardently during his career in L.A. He then talked about how his presence might have impacted attendance.

"I haven't seen the games; I don't know how many people, how many fans, have been coming here," Puig said. "But I'm sure that when I played here, there were more fans."

Puig was a key igniter at Dodger Stadium from 2013 to 2018, a tumultuous time that began with exhilarating performances, phased into mediocrity and was accentuated by extremities. Puig energized the fans with his talent and flamboyance but often vexed the members of his organization with his recklessness, which manifested itself both on and off the field.

During a media conference that lasted roughly 15 minutes, Puig spoke glowingly about the comradery that exists within the Reds' clubhouse. He mentioned the young players who constantly ask him questions and seem to admire him. He talked about all the meals they share together and how often they text off the field. He called Joey Votto "the best guy I've ever met in my life." And he hinted, quite strongly, about how he didn't have enough of that with the Dodgers.

"That's one of the most beautiful things I have with my new team," Puig said in Spanish. "This support, and to be by each other's side every day and talking in the locker room, on the bus, on the flight, on the field, off the field, we always have good communication, and that's what makes me not feel as much nostalgia as you might think I would feel for the Dodgers."

After 40 minutes went by in a quiet interview room prior to Puig's media conference, Reds vice president of media relations Rob Butcher approached the dais to announce that Puig had yet to arrive, drawing a chuckle from the media contingent.

About half an hour later, shortly after Roberts completed his session in the home dugout, Puig arrived in the interview room wearing a black T-shirt in honor of Jackie Robinson. He was told by a Spanish-speaking reporter that the media had been awaiting his arrival.

"I was hoping they'd all leave." 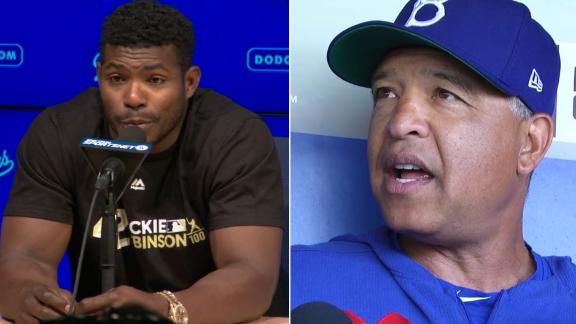