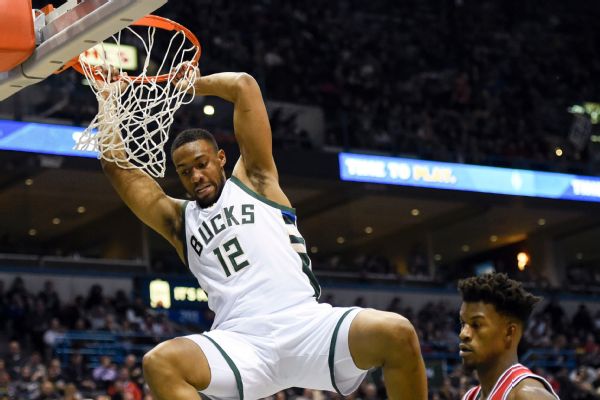 Milwaukee is currently on a five-game losing skid. After dropping their fourth consecutive game on Friday in Orlando, the Bucks held a team meeting in which Parker became vocal in voicing his frustration with the lack of togetherness, sources said.

Afterward, in his postgame media address, Parker confirmed there was a team meeting and disclosed what the organization regarded as private, locker room dialogue.

"I spoke up for the first time, and it didn't go my way," Parker said to the media. "I was getting thrashed, but hey, as long as I give them another perspective, I did my job."

Parker's teammates deliberated and decided the appropriate punishment for the violation was to bring him off the bench against the Heat, league sources told ESPN. It was the first time this season that he did not start.

In his reserve role, Parker scored 16 points on 7-of-18 shooting and provided seven rebounds and four assists in 32 minutes. He is expected to return to the starting lineup for Monday's home game against the Houston Rockets.