Can these Cubs really contend with the dominating Dodgers? 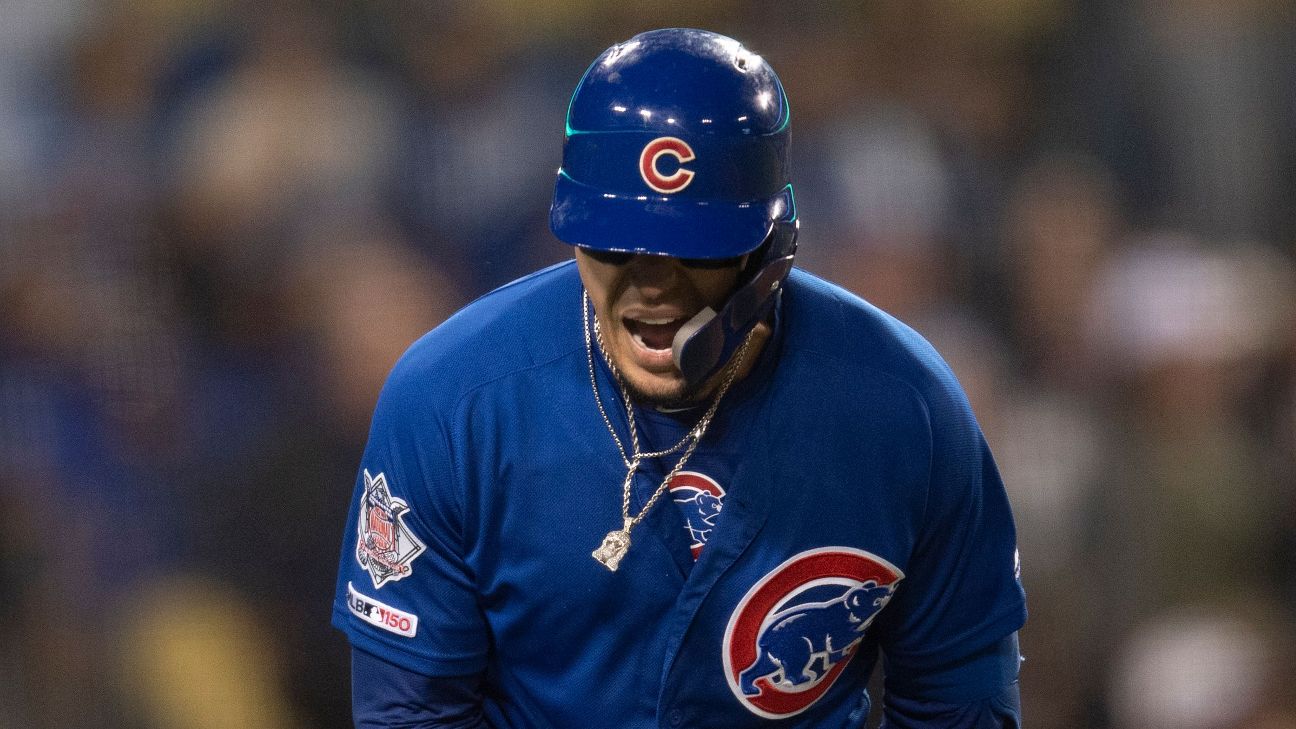 LOS ANGELES -- Perhaps Saturday night will be a difference-maker for the Chicago Cubs as they finally got the performance they expected -- and needed -- when they signed Yu Darvish away from the Los Angeles Dodgers after the 2017 World Series. Darvish kept his old team in check while striking out 10 over seven innings in his first start in Dodger Stadium since a forgettable end to that Fall Classic.

"I had a bad couple last games with the Dodgers so this was really important in my life," Darvish said after the 2-1 victory. "Now I can move forward. I pitched good here."

Despite the win, the question of National League supremacy still has to be considered as the teams prepare for the series finale on Sunday Night Baseball: How much better are the Dodgers than one of their main NL rivals? The season to date tells us the Cubs still have a lot of catching up to do.

"They always seem to have good at-bats, a good starting rotation and a good closer," third baseman Kris Bryant said over the weekend, despite Kenley Jansen blowing the save on Saturday. "They seem like the same team we've played the last couple years, the same faces -- some guys that have really stepped up. They're going to be a big competition for us."

Both teams have been considered among the elite in the National League over the past few years, but the Dodgers have taken things to another level, winning back-to-back NL pennants as well as six straight NL West titles. Perhaps it's as simple as their desire to have what the Cubs earned in 2016 -- a world championship. Los Angeles has come close, and now has turned any perceived weaknesses into strengths. The Cubs beat them in the 2016 NL Championship Series, but since then it has all been about L.A. in the NL. And it is again this year.

"When you go into a series and you think you can gain advantage by matching up against their better hitters, you don't," Cubs manager Joe Maddon said after his team lost the first two games of this series. "They have a really nice balance."

And therein lies the difference from those Dodgers of 2016. Sure, their bullpen isn't as good as it was back then, but that's true all over baseball. What they feature now is a left-handed hitting attack that can do damage against anyone on the mound.

"Their lefties hit lefties," Maddon said. "That's one thing that really stands out. ... If their lefties were more pedestrian, they would be. That's what looks different to me. They do a nice job of the yin and the yang."

For example, Cody Bellinger and Max Muncy both went deep off Thursday's starter, Jon Lester, helping erase a 3-0 deficit, turning the game into a 7-3 victory for the home team. Lefties hitting home runs off of Lester isn't exactly an everyday occurrence.

"They have lefties that have good approaches against lefties," Lester stated after the loss. "These guys used to not handle lefties very well and they've made that adjustment, whatever it is."

It's true. It wasn't that long ago a team could stack its staff with left-handed pitchers when they were preparing to play the Dodgers, and usually good results would follow. Los Angeles had a .622 OPS against lefties in 2016 -- worst in the majors -- but this year, it's .775 going into Sunday night.

Now, it's not to say the Cubs aren't a good offensive team -- Anthony Rizzo slugged that ninth inning go-ahead home run on Saturday off Jansen -- but they haven't taken their game to higher levels in the same way that the Dodgers have. The numbers don't say so and neither does the eye test.

The Cubs are good but the Dodgers are great. Look at any aspect of the game, Los Angeles has an edge, including on the mound. For example, if the season ended today, Dodgers pitching would have the lowest batting average against with men in scoring position over the past 50 years. After shutting down the Cubs so far this weekend, opponents are hitting just .203 against Dodgers pitching in those moments. The Cubs, ironically, had the next best mark, .206, in 2016.

"Yeah, they're really good everywhere," Kyle Schwarber said before Friday's game. "But we have a chance to write the tale of the tape."

That was back when the Cubs still had a chance to win the series. Now, they'll take a split, especially considering how poorly they have played on the road. Saturday's win was their 15th against 20 losses. The Dodgers have the opposite record on the road and are 27-8 at home.

"We've gone through them and they've gone through us," Bryant said referencing the outcomes of the 2016 and 2017 NLCS. "It's always fun playing them. You always want to beat the best. They've certainly been the best, as well as us, for the last couple years. Nothing new to us."

Bryant is half-right with his comments. As much as it has been the same old Dodgers, with several players excelling more than ever -- there are some new faces who are contributing. The Cubs ran up against a similar situation in Houston recently, when they lost a series in which several rookies made their debuts, helping the Astros to two wins.

Fast-forward to this weekend and the four-game series with the Dodgers. On Friday, 26-year-old Matt Beaty hit his first career home run, helping his team to a 5-3 win. On Saturday, it was 23-year-old Alex Verdugo providing the only offense for the Dodgers as he went deep as well. Those came after their stars played long ball with Lester on Thursday.

Whether it's on the mound or in the field, Cubs fans must be thinking, 'Where are our young studs?' Right now, what's on the field -- they're mostly the same group from 2016 -- is what they have. The Cubs may finally get a boost from their top pitching prospect, as he's likely to make his debut this season, but that won't help them against the Dodgers on Sunday. A win salvages a 3-4 road trip. A loss means another road series defeat. The Dodgers don't need to worry about the minutiae of one series to the next -- they have a huge lead in the division. The Cubs have no such luxury, especially on the road.

"We can't keep on making up for our road trips with great homestands," Cubs president Theo Epstein said. "We have to find a way to get into a rhythm on the road as well."

That rhythm may not come in Los Angeles, against these Dodgers, but Darvish's masterpiece is a ray of hope, especially if these teams meet again in October. He slew a personal demon on Saturday, giving him the confidence he needs moving forward. The Cubs need the same because the Dodgers are on a mission.

"We know we can play with them," Schwarber said. "We just have to go out and do it." 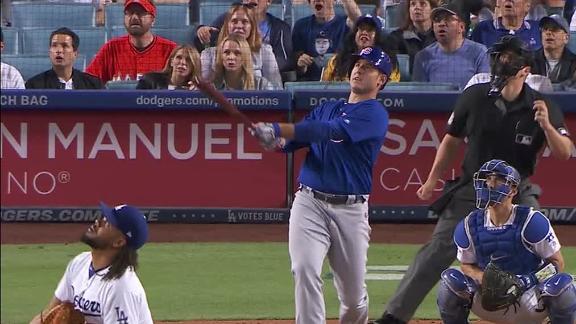