Carmelo Anthony: 'We have to step up and take charge'

ESPN
In the wake of the tragic shooting in Dallas that left five law enforcement officers dead, New York Knicksforward Carmelo Anthony took to social media Friday morning to ask athletes to "step up" and "demand change" without resorting to violence.

"Shooting 11 cops and killing 5 WILL NOT work," Anthony wrote on Instagram. "... I'm calling for all my fellow ATHLETES to step up and take charge. Go to your local officials, leaders, congressman, assemblymen/assemblywoman and demand change. There's NO more sitting back and being afraid of tackling and addressing political issues anymore. Those days are long gone. We have to step up and take charge.

"We can't worry about what endorsements we gonna lose or whose going to look at us crazy. I need your voices to be heard. We can demand change. We just have to be willing to. THE TIME IS NOW. IM all in. Take Charge. Take Action. DEMAND CHANGE."

In addition to the five officers who died, seven officers and two civilians were also injured Thursday night after an ambush in downtown Dallas following a peaceful march to protest the fatal shootings by police officers of two black men -- Alton Sterling in Louisiana and Philando Castile in Minnesota -- this week.

Texas Rangers outfielder Nomar Mazara reacted Friday to a photo posted on Instagram by teammate Joey Gallo that was taken a month ago with Dallas Police Department officer Patrick Zamarripa, who was identified as one of the officers who was killed Thursday night.

"Who would expect that you would take a picture with somebody a month ago and they'd be dead today," Mazara said. "He was a nice guy. He recognized us and we took a picture and talked baseball for about 15 minutes."

"We need to steer our anger in the right direction," Anthony wrote. "The system is Broken. Point blank period. It has been this way forever. Martin Luther King marched. Malcolm X rebelled. Muhammad Ali literally fought for US. Our anger should be towards the system. If the system doesn't change we will continue to turn on the TVs and see the same thing. We have to put the pressure on the people in charge in order to get this thing we call JUSTICE right." 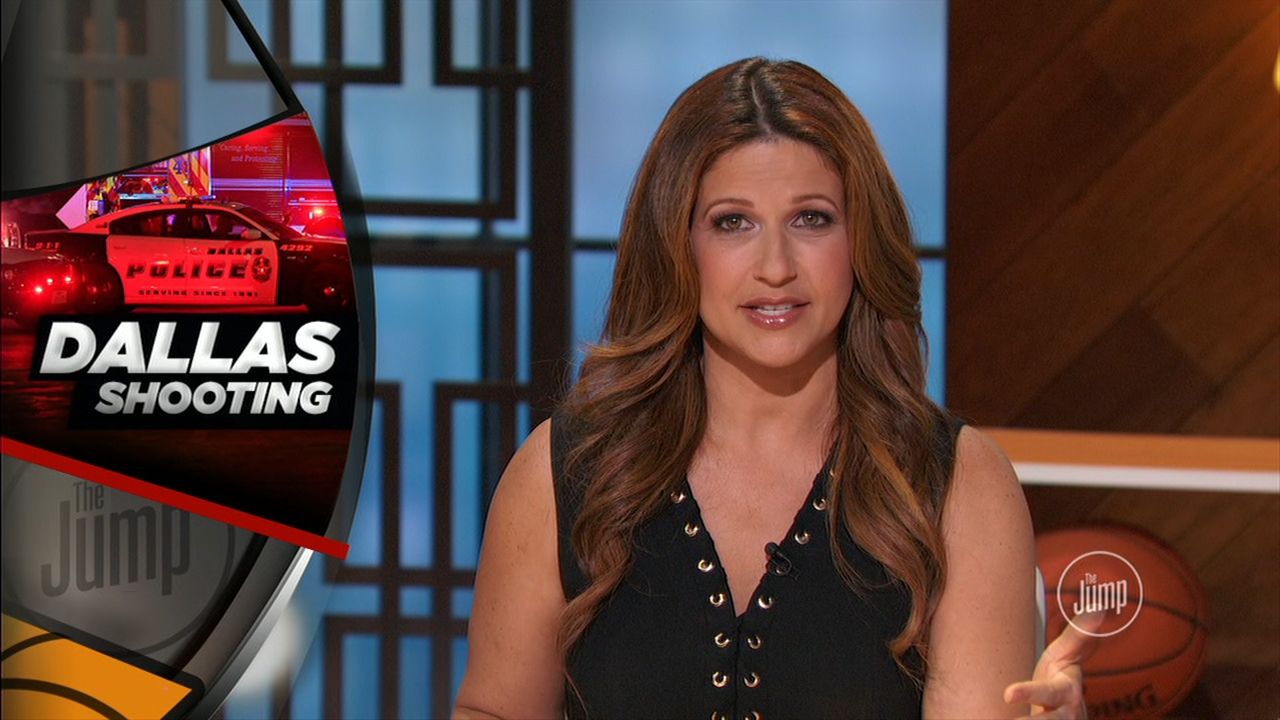