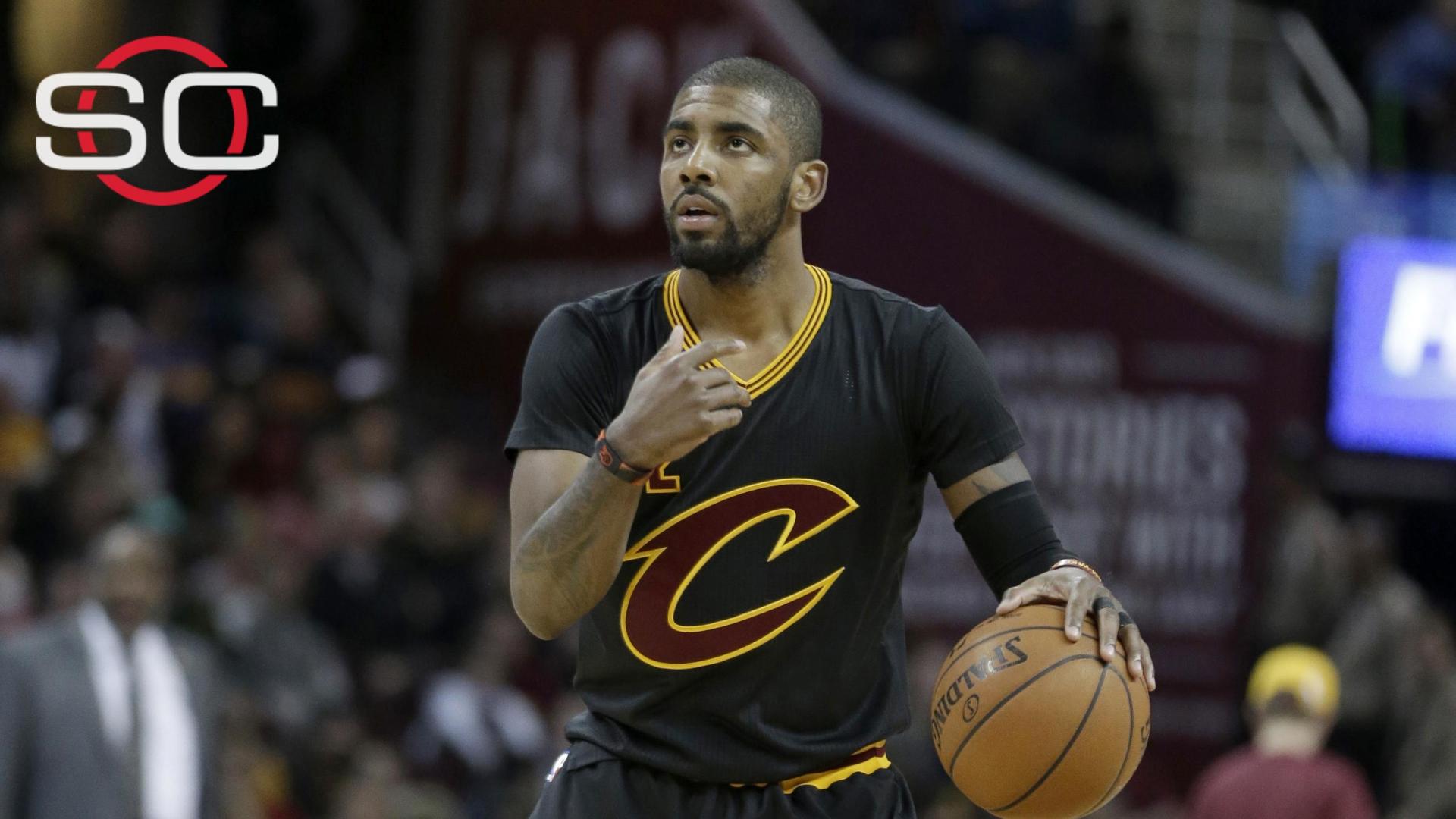 CLEVELAND -- The Cleveland Cavaliers dominated the Brooklyn Nets 107-87 on Thursday, closing out a month that featured all sorts of headline-grabbing off-the-court stories, from subtweets, to a Miami trip, to talk of another LeBron James-led super team, to even a publicized breakup.

And after it all, Kyrie Irving offered a reminder of how he continues to view the Cavs' chances for postseason success.

"Everything surrounding our team is just crazy to think that we're still in first place and we're still the team to beat, honestly," Irving said. "Regardless of what anybody else says of what we need and what we don't need and what we need to get better at -- us, internally, we know that we have to improve on a lot of things, but we've just got to handle business as professionals and continue to get better."

Irving was then asked if he meant that Cleveland was the team to beat in the East or in the entire league, over the likes of the Golden State Warriors and San Antonio Spurs.

"I feel like we're the team to beat," Irving said. "I mean, honestly, it's open season until we get into the playoffs, so I have a lot more confidence than I think anyone realizes in our team and what's going on in our locker room."

Playing through an illness Thursday, Irving scored 10 points on 4-for-14 shooting and had three assists for the Cavs, who lead the Eastern Conference by 2 games over the Toronto Raptors.

It was Irving's breakup with R&B singer Kehlani that received the most attention this week, with Irving acknowledging the split with a series of tweets late Wednesday night, which he later deleted. He was asked if he was having a hard time managing his life away from basketball.

"It hasn't been difficult," Irving said. "I've been through a ton of adversity in my life. There's nothing anything or anyone can say that I can't get through. I've been through enough already in my short 24 years that most people can say for their whole entire lives. For me, it's just coming to work every single day, doing what I need to do in order to provide for my family and be there for my brothers."

The Cavs went 11-5 in March, looking very good in wins against solid teams such as the Boston Celtics and Los Angeles Clippers and looking dreadful in losses to a depleted Memphis Grizzlies team and a hapless Nets squad last week in Brooklyn.

"I think we're all confident in our ability when we're playing at a high level," James said. "We want to continue to use the games to continue to get better as the postseason starts if we can and make a run at it."

He then said he has "no idea" why the Cavs, despite their strong record, have the reputation of a struggling team.

"One thing for me, I can control what I can control, and that's just how well our team prepares and goes out every night," James said. "I don't think there's been too much bad. I think people get caught up on what's going on on the outside, and I focus on what needs to be done inside the locker room.

"For me, I don't get caught up in it too much, because I don't listen to it or hear or watch it. I don't really watch any sports with the volume up. I think how you want to approach it and how you want to be perceived or whatever the case may be, but we've had a damn good season to this point, and we want to continue that."

The victory over Brooklyn brought the Cavs' record to 53-22, matching their season record from a year ago with seven games left to play.

"I think it's a credit to the players," Cavs coach Tyronn Lue said. "I think they've done a great job, like you said, winning 53 games last year and now having 53, having a chance to get more than that this year. ... You've just got to keep working to continue to get better. Like I told guys before the game, we win tonight's game; we had an 11-5 month, which I'll take. All these back-to-backs this month, being 11-5 out of 16 games is pretty good." 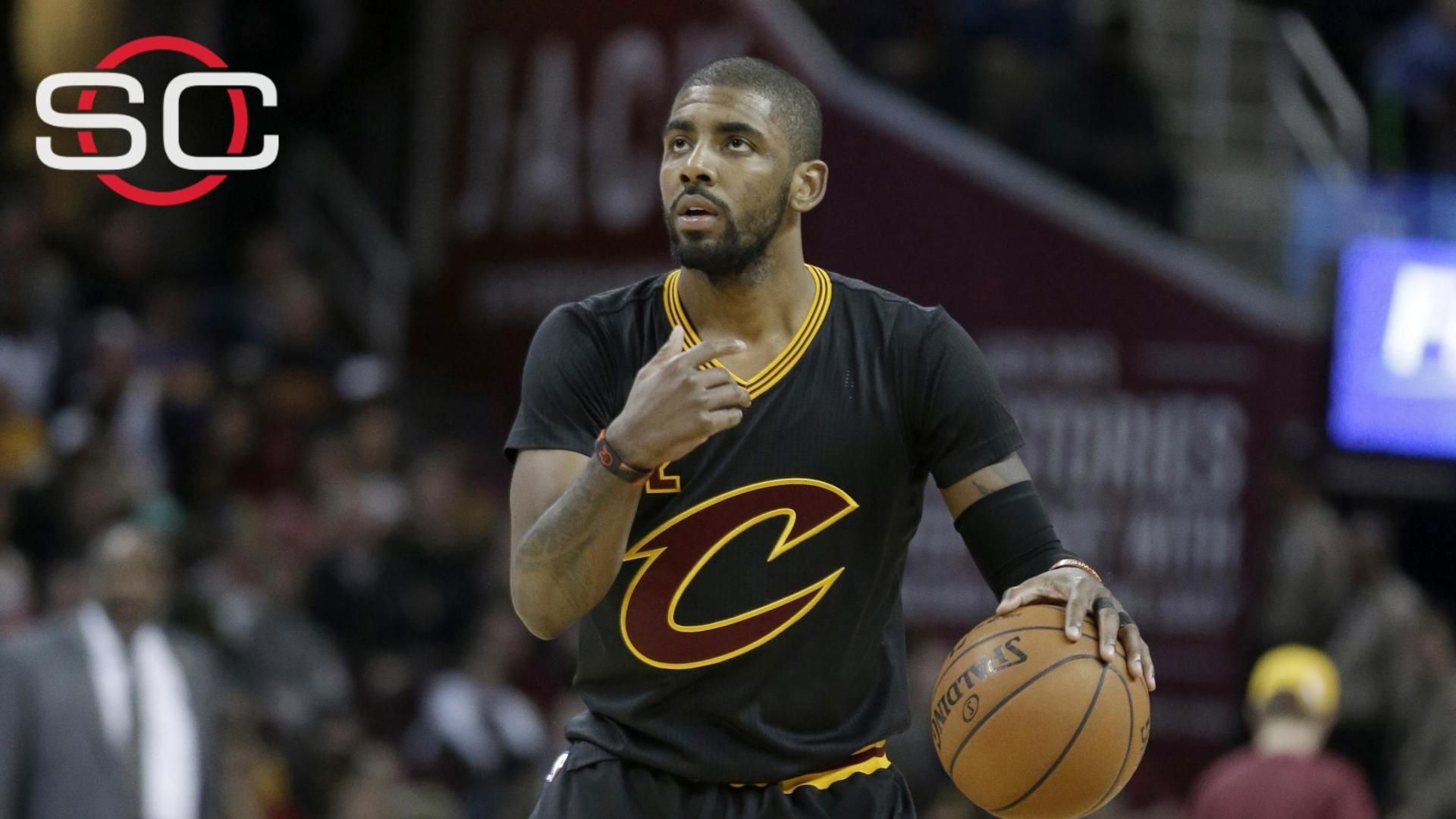