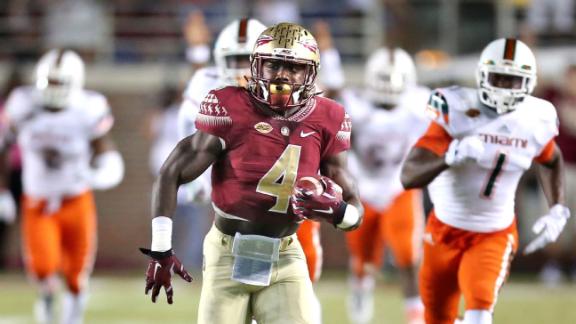 CLEMSON, S.C. - LSU'sLeonard Fournette might be the front-runner for the Heisman Trophy, but Clemsoncoach Dabo Swinney thinks his league has the nation's best tailback.

Talking about Clemson's matchup against Miami this week, Swinney keyed in on how the Hurricanes defended Florida State'sDalvin Cook on Oct. 10, noting that the Seminoles running back was "the best running back in the country."

"They did a great job against Florida State outside of three plays, and they were going against as good a player as there is in the country in Dalvin Cook," Swinney said. "That guy is a freak. They couldn't have done a better job, but he made three plays in that game that won the game."

Cook actually had a number of big plays against Miami, racking up 269 yards on 25 touches with three touchdowns. Still, is Cook really better than Fournette, the nation's leading rusher?

"It's like comparing Jameis Winston and Marcus Mariota," Swinney said. "They're both really good, but if you can only pick one, I'm taking Dalvin Cook. They're both phenomenal players, and I've seen [Fournette] a good bit."

Swinney's case isn't all that tough to make. While Fournette's 1,202 rushing yards are impressive, Cook is averaging more yards per carry (8.7) than Fournette (8.0) and more yards after contact, plus he's been a productive part of Florida State's passing game. In all, Fournette has racked up 172 more yards and three more touchdowns than Cook, but the FSU tailback has 32 fewer touches and has played the past few games on a gimpy hamstring. When it comes to big plays -- of 20 yards or more -- Cook has 16 to Fournette's 13.

That, in Swinney's eyes, is the difference.

"Maybe it's just more style of play," Swinney said. "I haven't seen everybody, but they're the two best guys I've seen out there." 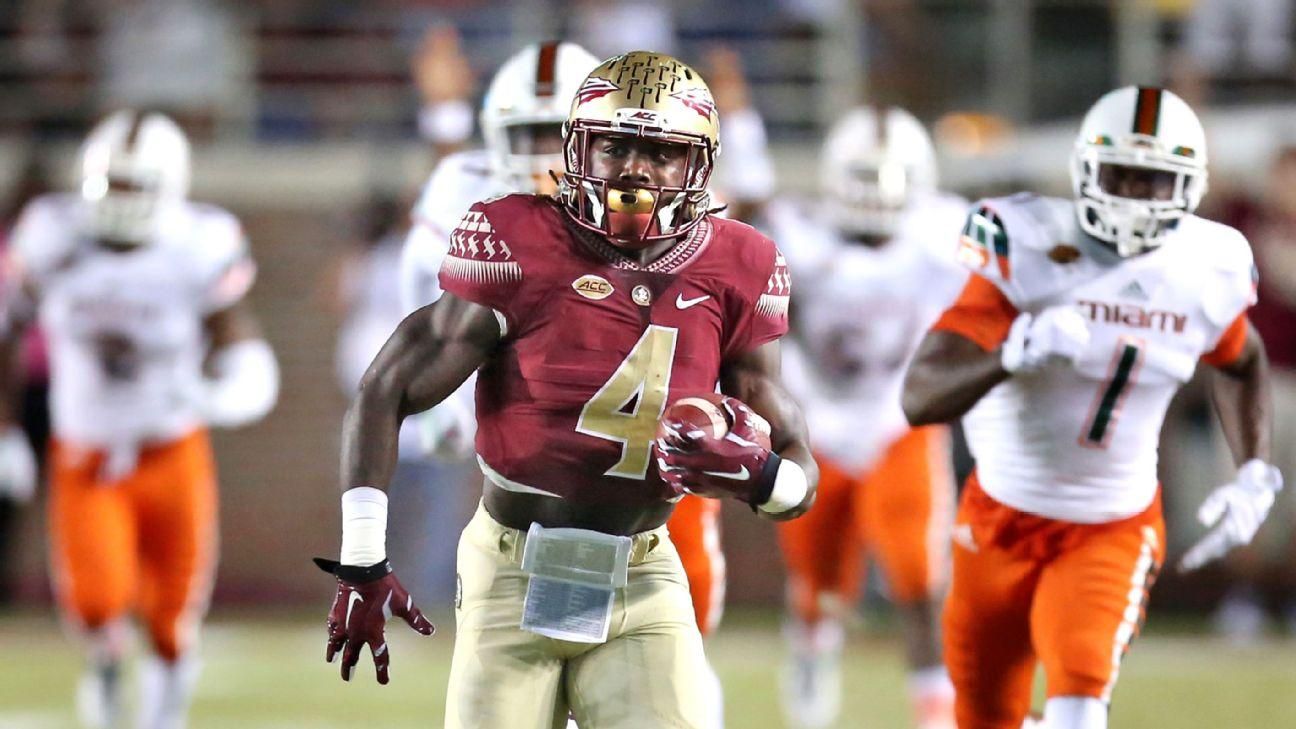