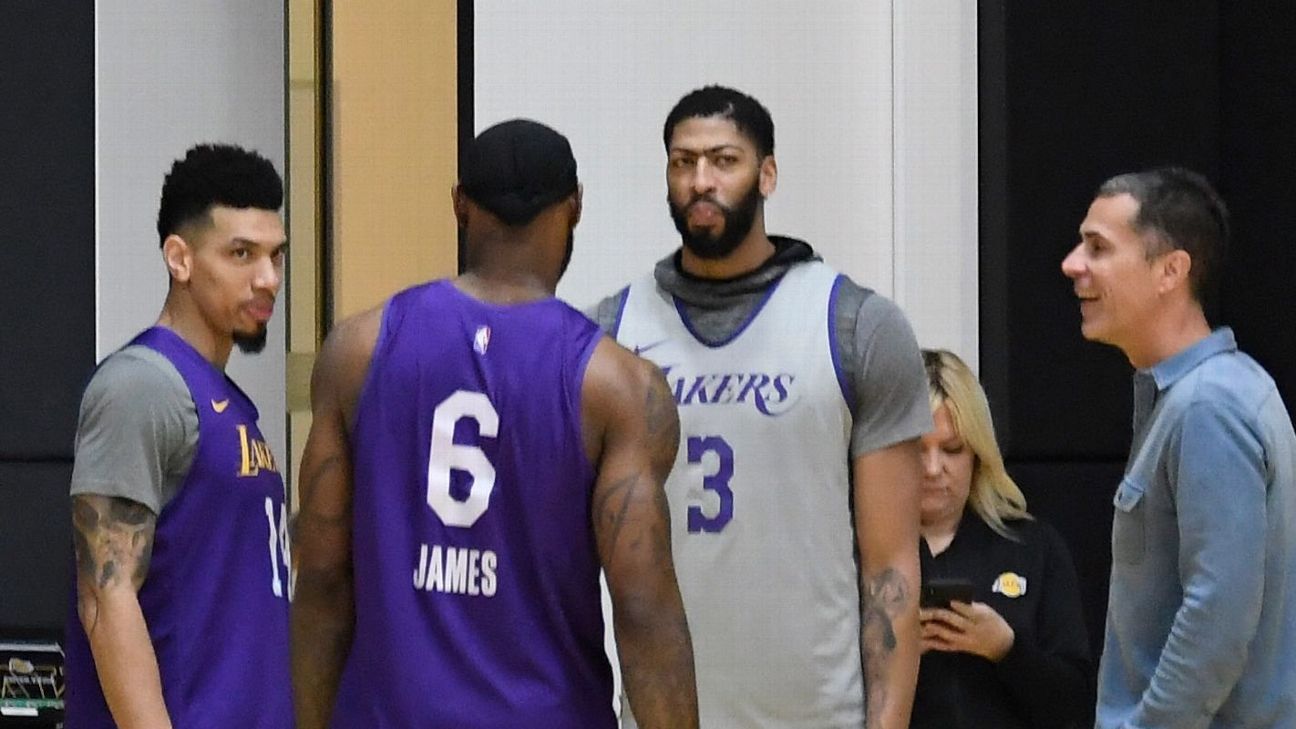 EL SEGUNDO, Calif. -- Los Angeles Lakers coach Frank Vogel said the nightmare that the franchise has endured since Kobe Bryant's tragic death will not affect his team's cohesion amid the dream season the Lakers have enjoyed up to this point.

"I don't think it can break us apart in any way," Vogel said Wednesday following the Lakers' first full practice since learning of the helicopter crash that killed Bryant, his daughter Gianna and seven others Sunday.

If anything, Vogel said, the team has only become closer.

"It's just strengthened what we've felt all year about our current group, which is we've become a family in a very short time," Vogel said. "And it's something you talk about in the NBA with your teams, but this group in particular has really grown to love each other very rapidly. And we understand the importance and the opportunity that we have this year, and this has just brought us closer together."

Wednesday's practice finished with a group huddle on the court that included vice president of basketball operations and general manager Rob Pelinka, who served as Bryant's longtime agent before working for the team and was one of Bryant's closest friends. He also was Gianna's godfather.

The team focused spotlights on Bryant's Nos. 8 and 24 that adorn the walls at the practice facility, a subtle reminder of the legend's omnipresence since his death.

Vogel was asked if the team would dedicate the rest of the season to the memory of Bryant.

"We want to represent what Kobe was about more than anything," Vogel said. "We've always wanted to make him proud. And that's not going to be any different here."

Vogel was the lone member of the Lakers organization to speak Wednesday. He said he told his players, "You guys can speak when you're ready and not before."

While LeBron James and Anthony Davis haven't yet made any public statements about Bryant other than in their social media accounts, the pair were seen out in public Wednesday morning.

Before practice, the pair worked out on the Campus El Segundo Athletic Fields across the street from the team's practice facility. Trainer Mike Mancias put James, Davis and a couple of Nike executives through plyometric drills. James and Davis ended the workout with some fun by taking penalty kicks against one another while the other was in goal.

"Really, the same way they have throughout the year," Vogel said. "You know we've collaborated with them on what the next few days should look like. They've been vocal in terms of just helping the group manage their emotions and get through this."

The NBA has indefinitely postponed Tuesday's game between the Lakers and LA Clippers. The Lakers' next game on the schedule is Friday at Staples Center against the Portland Trail Blazers.

Vogel believes getting back to basketball will benefit the team's healing process.

"I think it's therapeutic," Vogel said. "Any time you can get out and take your mind off something like this, there's no doubt it will be therapeutic and just help with the process of us moving forward."

As much as the Blazers will be on the Lakers' minds heading into Friday's game, Bryant will surely still weigh on their hearts.

"He was the most feared man in the league for an entire generation," Vogel said. "The influence is profound league-wide, basketball community-wide, worldwide, Lakers family-wide."

Vogel said Bryant's role as a father of four daughters has caused him to reflect about his relationship with his own daughters, Arianna and Alexa.

Vogel was tasked with breaking the terrible news to many of his players during the team's cross-country flight from Philadelphia to Los Angeles on Sunday.

"It was just a daunting task of just grabbing each guy one-on-one and letting them know," Vogel said. After the Lakers' plane landed, there was only one thing for the coach to do.

"I went home and hugged my family," Vogel said. 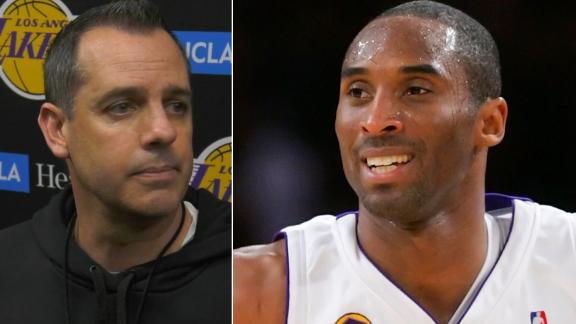