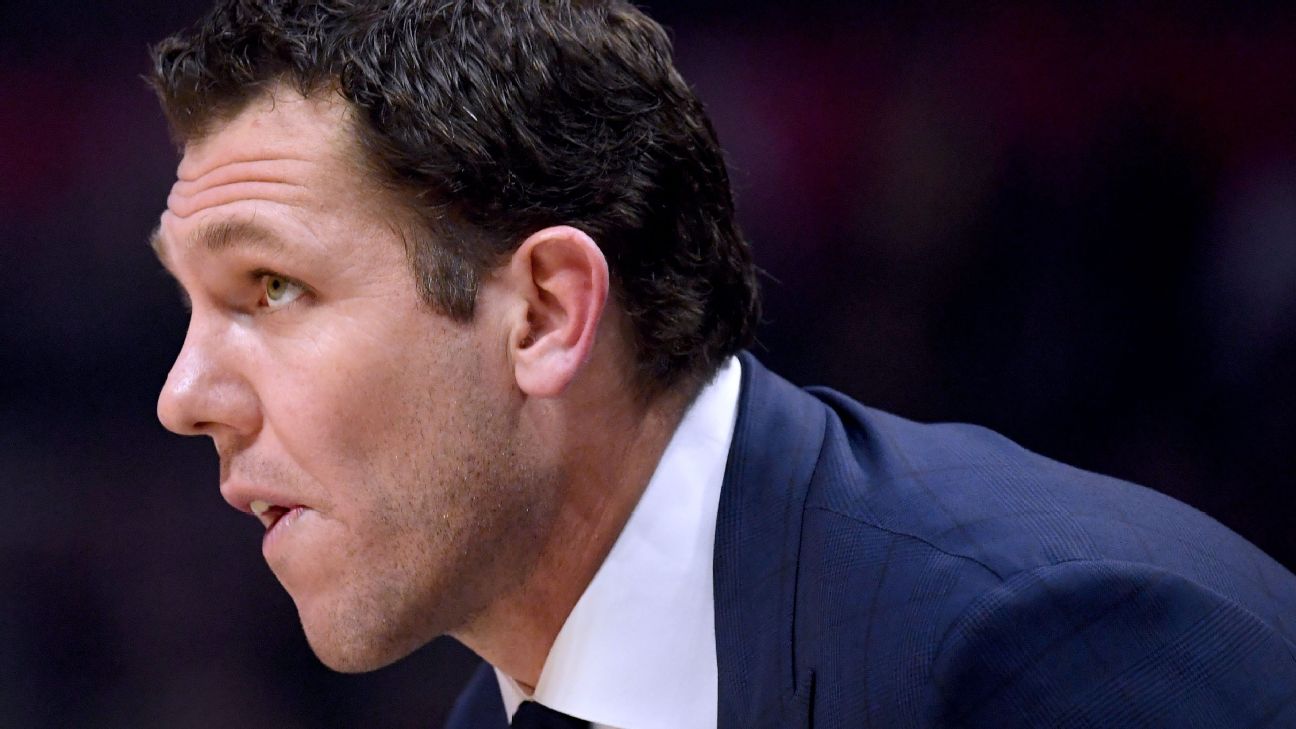 INDIANAPOLIS -- The Los Angeles Lakers discussed the testy exchange between coach Luke Walton and several veteran players after L.A.'s Saturday loss in Golden State before turning the page to Tuesday's game against the Indiana Pacers.

"We address it, because that's how I believe our culture should be," Walton said following shootaround Tuesday morning. "We'll talk about everything that needs to be [brought up]. But it wasn't a big thing. We discussed it, moved forward."

Walton challenged his players to play more unselfishly and be smarter with their execution after his team failed to protect a double-digit second-half lead before eventually being thoroughly defeated by the Warriors. Michael Beasley and JaVale McGee in particular took exception to the message and responded by critiquing Walton's rotation and substitution patterns, sources told ESPN.

The confrontation came in a game in which LeBron James was a late scratch because of "load management" and capped a tumultuous week for the Lakers, as just about every player on the roster besides James was linked to trade rumors involving the team's pursuit of New Orleans Pelicans superstar Anthony Davis.

"Part of what we believe in our culture is compassion," Walton continued. "So we totally understand what guys are going through this time of year, all the stuff that's happening. A lot of our guys are on one-year deals, and they all want to play. So we understand all that, but we also understand we got our job to do and what we all signed up to do. So we addressed it, we moved on, and we're looking forward to the matchup [on Tuesday].
Report a correction or typo
Related topics:
sportsespnveteran playerslakersmoved onjavale mcgeelocker roomluke waltoncriticismnbamichael beasleylos angeles lakers
Copyright © 2022 ESPN Internet Ventures. All rights reserved.
TOP STORIES
Man accused of fatally stabbing UCLA grad student arrested
Biden, 1 year in, says nation weary from COVID but in a better place
Family seeks justice for teen found dead along freeway in South LA
Starbucks no longer requiring US workers to be vaccinated
Cardi B offers to pay for funerals of all 17 Bronx fire victims
French actor Gaspard Ulliel dies after ski accident
Vice President Kamala Harris to visit San Bernardino on Friday
Show More
'Weird Al' biopic to star Daniel Radcliffe in title role
Man sentenced to life in prison for violent crime spree in LA County
Felony charges are 1st in a fatal crash involving Autopilot
COVID test sites open in Hawthorne, San Gabriel Valley to meet demand
Northern California teen nails perfect SAT score
More TOP STORIES News