ESPN
By ESPN.com
Selection Sunday is always an anxious time for college basketball teams on the NCAA tournament bubble as they learn their bracket fate at the same time as everyone else watching on television.

This year, several teams around the country gathered together in private rooms to find out whether or not it's time to put on their dancing shoes. When it came to the Northwestern Wildcats-- a team that had never appeared in the NCAA tournament -- the watch party was so big that it took place in their home arena.

Although Northwestern was a virtual lock to end its tournament drought, it didn't feel real to alumni of the school until the official announcement rang throughout Welsh-Ryan Arena. Actress Julia Louis-Dreyfus, whose son plays for the Wildcats, took to Twitter along with talk-show host Seth Myersand ESPN's Mike Wilbon to acknowledge the historic day for their alma mater.

The Xavier Musketeers, whose tournament chances took a hit following a six-game losing streak last month, received word that they were still able to earn a spot in the Big Dance. Senior guardMalcolm Bernard expressed his relief and excitement in advance of the team's first-round game later this week.

The Michigan State Spartans published a reaction compilation on Twitter featuring commentary from multiple players as well as head coach Tom Izzo. Other bubble teams simply captured the memorable moment when the selection show confirmed their bid to March Madness.

Schools that saw their teams come agonizingly close to making the NCAA tournament also reacted on social media. The Illinois State Redbirds were one of the first four out and settled for a No. 1 seed in the NIT. The school's official Twitter account retweeted the basketball team's game preview and offered what appears to be a not-so-subtle jab at the selection committee.

The madness begins this week with First Four matchups Tuesday and Wednesday. The round of 64 commences Thursday. 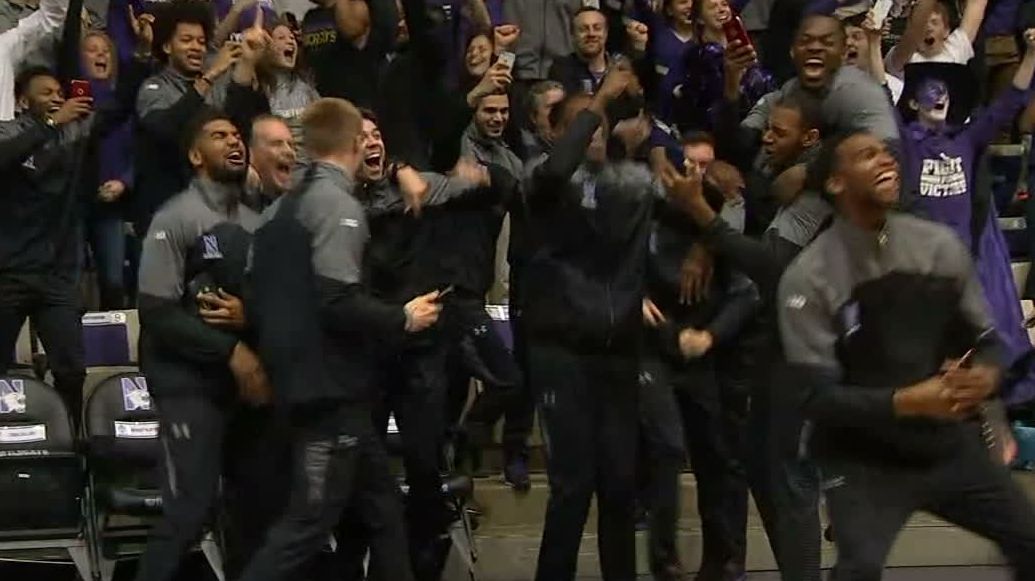