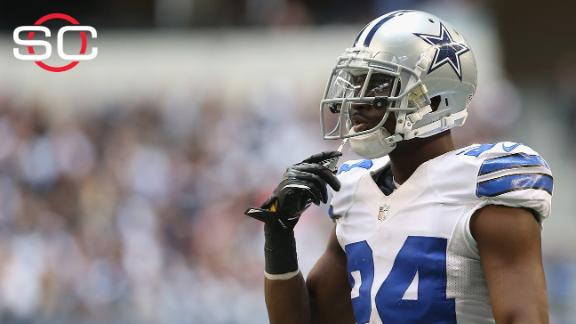 IRVING, Texas -- The Dallas Cowboys, as expected, passed on picking up a fifth-year option on cornerback Morris Claiborne's contract.

Had the Cowboys picked up the option, Claiborne would have been due $11.08 million in 2016.

Given Claiborne's injury history, it made even less sense to pick up the option, which would have been guaranteed only for injury. He played only in parts of four games last year because of a knee injury and missed six games in 2013 with a hamstring injury.

Although the Cowboys did not pick up his option, it does not mean he will not be part of the team's future. The Cowboys have praised Claiborne's rehab work this offseason after he suffered a torn patellar tendon.

The Cowboys hope Claiborne will be ready to practice in training camp this summer and maintain the belief he can be a significant contributor in 2015.

Dallas also drafted Byron Jones in the first round of the draft, which is another sign of the team's direction at the position.

The Cowboys traded their first- and second-round picks to the St. Louis Rams to take Claiborne with the sixth overall pick in 2012. At the time, it was viewed as a shrewd move because he carried the highest draft grade for a cornerback since Deion Sanders and filled a team need. However, Claiborne, who has started 26 games in four years and has just three interceptions, is the lone first-round blemish the Cowboys have had since 2010.