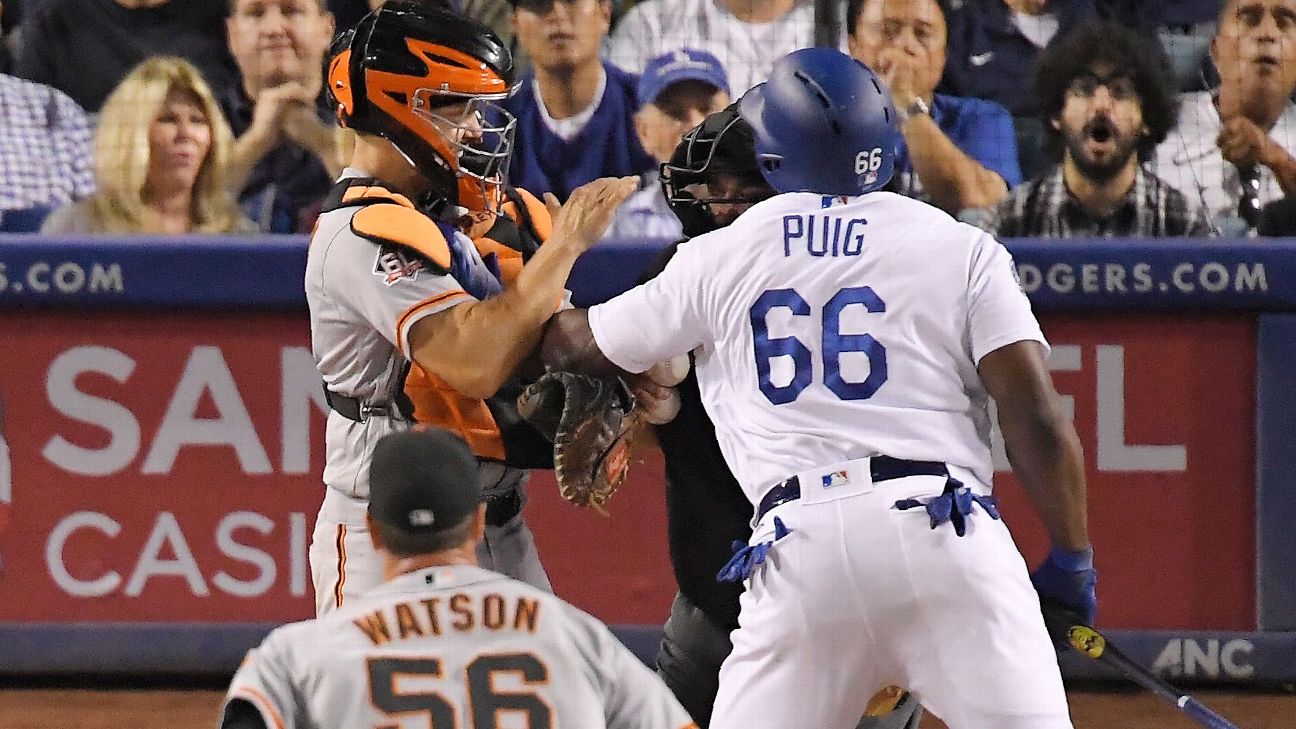 Los Angeles Dodgers outfielder Yasiel Puig has lost the appeal of his two-game suspension and won't play Tuesday and Wednesday against the New York Mets.

Major League Baseball suspended Puig on Aug. 16, two days after he took a swing at San Francisco Giants catcher Nick Hundley during a 2-1 loss at Dodger Stadium that included a benches-clearing brawl.

Puig had a hearing on his appeal last week.

"Obviously we are better with Yasiel active, but if you're looking at September, expanded rosters, before the Colorado series, I guess if we had our druthers, it kind of worked out in our favor," Dodgers manager Dave Roberts said.