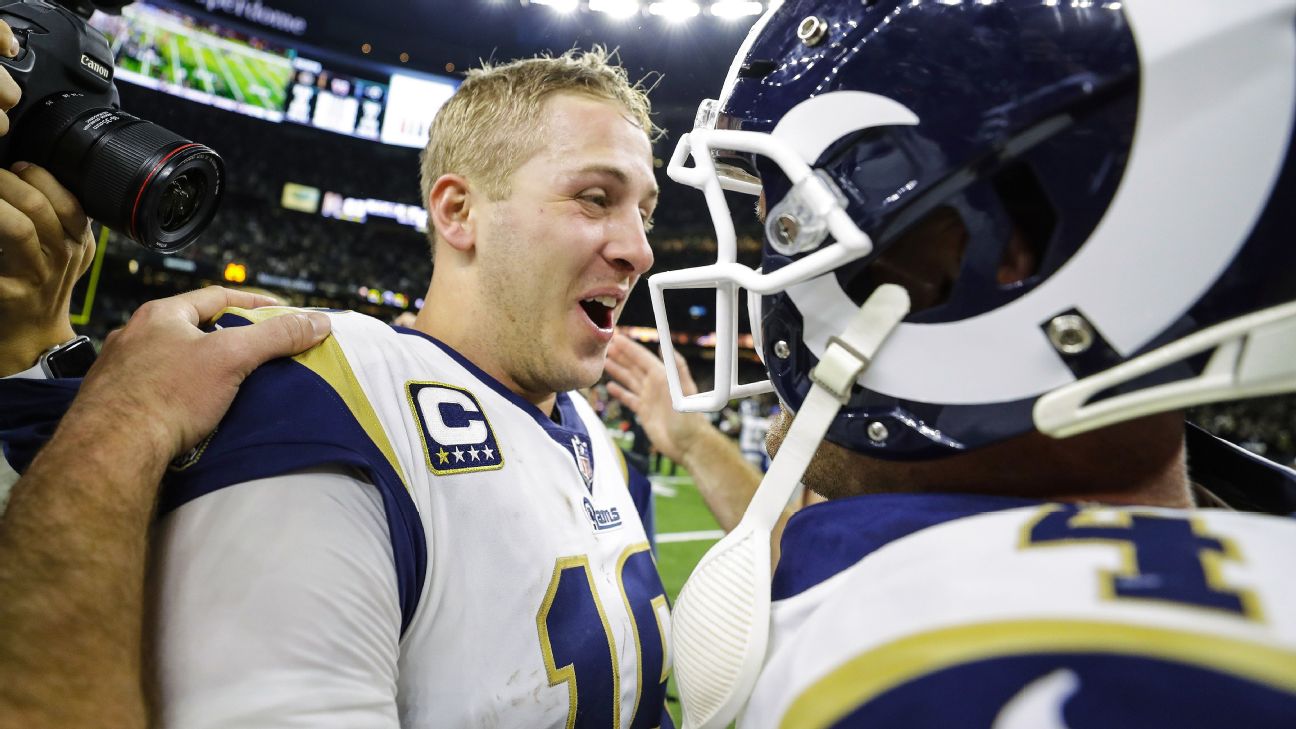 THOUSAND OAKS, Calif. -- The Los Angeles Dodgers made a surprise visit to the Los Angeles Rams' practice facility Friday to wish the team good luck as it prepares to play the New England Patriots in Super Bowl LIII.

Said Donald: "We shook hands ... they said good luck and congratulations. You like that type of support."

The Rams defeated the New Orleans Saints26-23 at the Superdome last Sunday to clinch the NFC championship and advance to the Super Bowl on Feb. 3 at Mercedes-Benz Stadium in Atlanta. This is the Rams' first Super Bowl appearance since the 2001 season.

The Dodgers have plenty of recent postseason experience of their own. Last season, they defeated the Milwaukee Brewers in the National League Championship Series before they fell in five games to the Boston Red Sox in the World Series. In 2017, the Dodgers also advanced to the World Series, but were defeated in a seven-game series by the Houston Astros.

The Dodgers' visit Friday came as a spur-of-the-moment decision. The team was in the area visiting those affected by the mass shooting that claimed 12 lives at Borderline Bar and Grill in November. 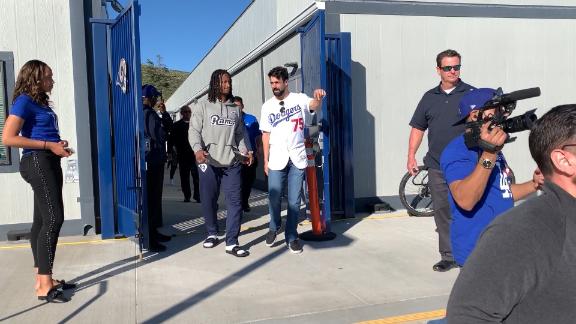