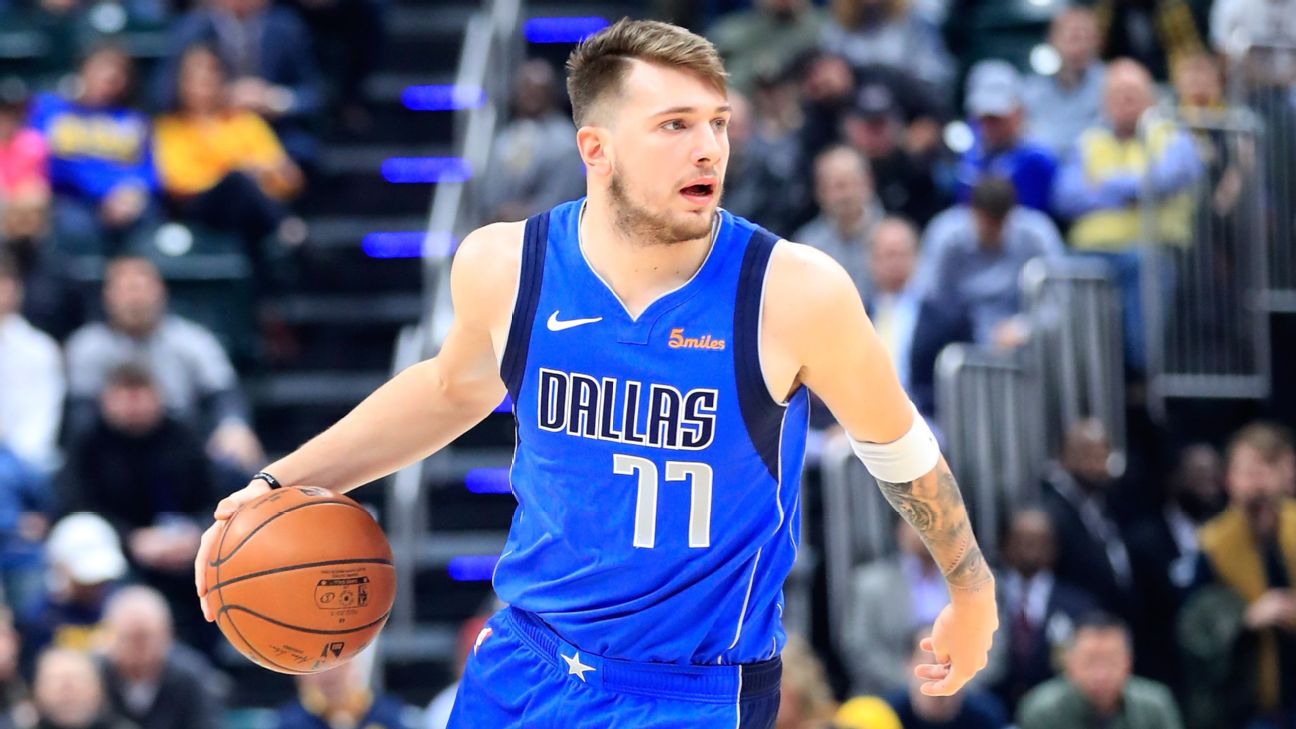 SANTA MONICA, Calif. -- Luka Doncic entered the NBA with a lot of hype, and the Dallas Mavericks' swingman backed it up by earning the NBA's 2018-19 Rookie of the Year award.

Doncic, 20, beat Atlanta point guard Trae Young and Phoenix center Deandre Ayton for Rookie of the Year. The No. 3 pick in the 2018 draft won the award in a landslide, receiving 98 of 100 first-place votes.

"I have no words," Doncic said at the NBA Awards show on Monday. "This is something special. Deandre and Trae had amazing seasons. I'm happy to have it, so it's special."

Doncic joined Oscar Robertson as the only rookies to average 21 points, 7 rebounds and 6 assists. Doncic's eight triple-doubles and 168 3-pointers are both the third-most by a rookie in NBA history. He won all five Western Conference Rookie of the Month awards.

Young was the third rookie to average 19 points and eight assists, joining Robertson and Damon Stoudamire. He led all rookies in total points and assists, the first to do so since Michael Carter-Williams in 2013.

Ayton, the top overall pick in the 2018 draft, led all rookies in rebounding. He averaged 16.3 points, 10.3 rebounds and 58.5% shooting for the Suns, becoming the third rookie in the past 19 years to average 16 points and 10 rebounds.

Siakam averaged 16.9 points and 6.9 rebounds while shooting 54.9% from the field this season after averaging 7.3 points and 4.5 rebounds in 2017-18. He posted 26 20-point games after having just one 20-point game in his first two seasons. Siakam also made 79 3-pointers after hitting 30 in his two previous seasons combined.

"It means everything, just being from where I am from," said Siakam, who is from Cameroon. "A lot of kids can look at this and have some type of inspiration and belief that it can happen. ... Give hope to all African kids out there."

"There's definitely no ceiling, no limits," Siakam added of his potential. "It is just the beginning for me. ... I'm just excited about the opportunity to get better and knowing I've only been in the league for three years."

The LA Clippers' super-sub Lou Williams won the Sixth Man of the Year award for the third time in five years.

Williams, who beat teammate Montrezl Harrell and Indiana's Domantas Sabonis, said he thought his career might be coming to an end not long ago before he won his first Sixth Man award in 2014-15 with the Raptors.

Since joining the Clippers in 2017-18, Williams has won the Sixth Man award two years in a row.

"Four years ago, I thought I was done," said Williams, who tiedJamal Crawford for the most Sixth Man awards. "I thought I was coming to the end of the road in my career. I came to L.A., and I was in an environment where I felt revitalized, and I felt I had something to prove. That last season, when I got traded from Houston to the Clippers, I reached out to some of my friends and family, and basically I was like, 'This is my last season. I think I'm going to call it quits.'

"So it turned into my own secret farewell party. Only my close friends and family knew what my mindset was, and then coming to L.A. and having an opportunity to win another Sixth Man, it gave me that boost. I really needed that. To get another one this year, I'm extremely honored, and I look forward to the future."

Rudy Gobert repeats as Defensive Player of the Year

Gobert averaged nine defensive rebounds and 2.3 blocks, third in the NBA. The Jazz defense ranked second in defensive rating and tied for second in the league in opponent's field goal percentage at the rim.

"I never thought I would be able to do that," Gobert said of winning two Defensive Player of the Year awards in a row. "When I started playing basketball in France ... I didn't know nothing about basketball, really."

Milwaukee's Mike Budenholzer took home Coach of the Year honors after directing the Bucks to a 60-22 record -- a 14-win improvement from the season before --in his first season with the team.

The Bucks posted the NBA's best record for the first time in 45 years. Budenholzer, who got emotional while thanking his family when accepting the award, beat Denver's Michael Malone and the Clippers' Doc Rivers.

Budenholzer hopes the Bucks can return next season with many of the core pieces from the team that lost to Toronto in six games in the Eastern Conference finals.

"Keeping the group together is critical to us," Budenholzer said. "... I think we are totally committed to doing everything we can to keep the group together. Continuity is important, but you have to bring the right guys back for the right reason. ... We weren't good enough in the end, but we certainly feel like we have enough talent, enough character to be a team that is playing in the Finals, winning a championship. We got to get better -- as a coach, I got to get better. ... If we do that, I think we feel really good about where we are going."

The veteran coach also took home the award after the 2014-15 season, when he helped guide Atlanta to a franchise-best 60-22 record.

Horst crowned Executive of the Year

The Clippers' Lawrence Frank finished third in the voting.

In addition to hiring Budenholzer as head coach, Horst made moves that helped the Bucks win 60 games and reach the Eastern Conference finals.

Mike Conley, newly traded to the Utah Jazz, won Teammate and Sportsmanship of the Year honors.

Conley earned the awards for his 12-year tenure with the Memphis Grizzlies.

"A lot of the stuff I do on the court and off the court, I don't really care if I get any recognition for it," Conley said. "This is really cool, especially with all of the guys that are here today. ... I really do appreciate it, and Utah, I am looking forward to it. Let's go do something special."

The guard accepted the award from teammate John Wall, who is continuing to recover from a ruptured left Achilles tendon.

The 25-year-old was accompanied by two young boys he has worked with in the Washington area.

Beal urged his fellow NBA players to give back to youth, calling them the future. He reminded the league that kids look up to the players as role models, "whether we like it or not.''

ABC's "Good Morning America" host Robin Roberts won the third annual Sager Strong Award, which is given to "an individual who has been a trailblazer while exemplifying courage, faith, compassion and grace."

"Craig's courage, the way he would focus on the fight and not the fright, his unwavering passion and grace toward everyone he met are qualities that we all should strive for in our lives," Roberts said.

Larry Bird and Magic Johnson, two Hall of Famers whose rivalry defined the NBA in the 1980s, were honored with a Lifetime Achievement Award on Monday night.

The two former rivals shared the stage and a few laughs as they reflected on basketball's impact on their lives.

Bird made it a point to highlight how great the current group of NBA superstars are -- highlighting the accomplishments of LeBron James, Klay Thompson and James Harden.

Johnson was complimentary of Bird, saying they helped push each other to greatness.

"I always wanted to be just where you were," Johnson said of Bird. "So thank you for pushing me, and I hope I did the same for you." 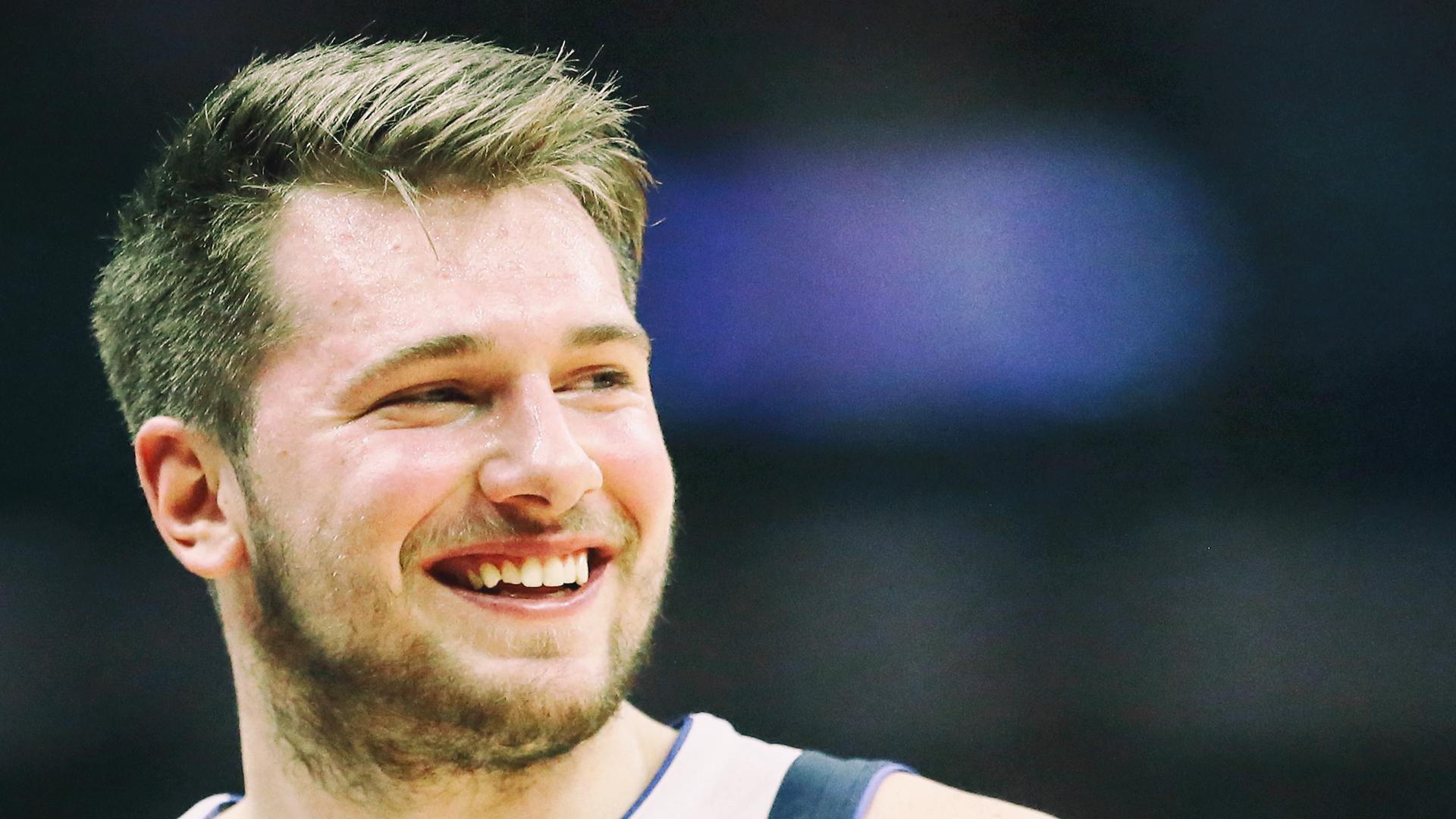