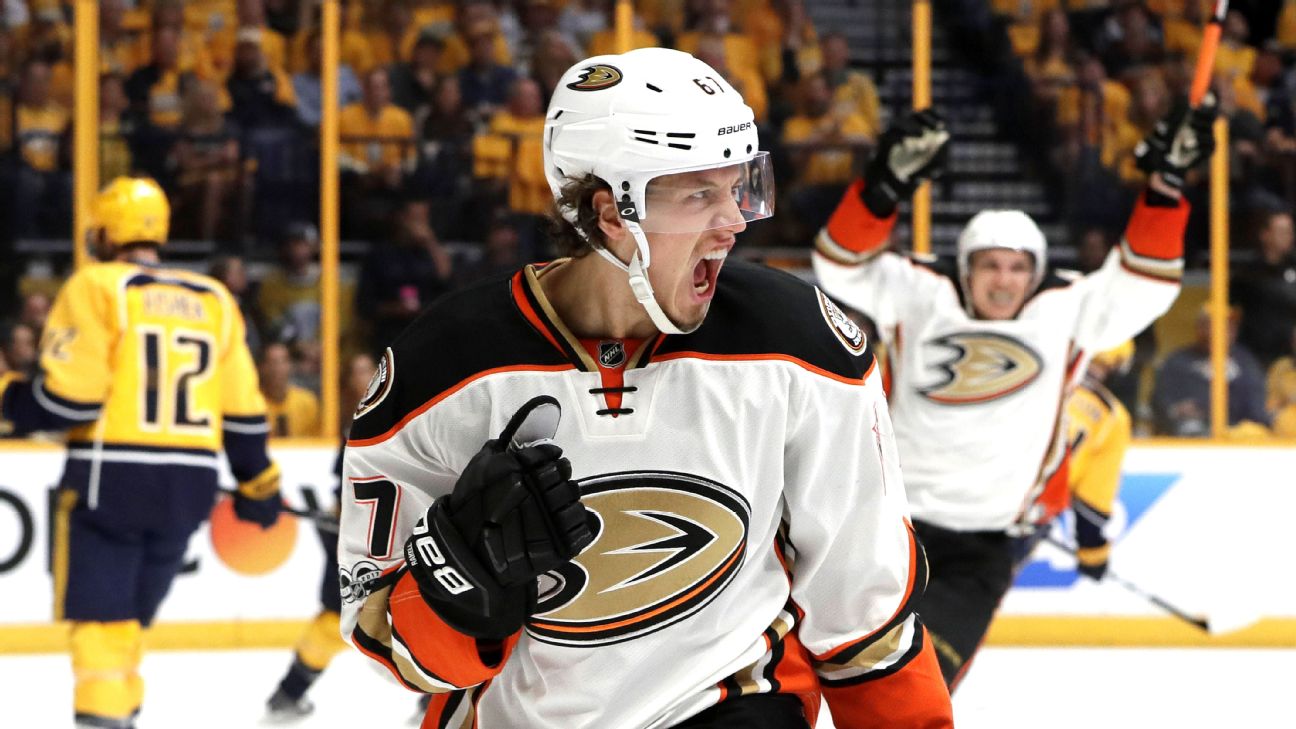 The Anaheim Ducks announced Tuesday that center Rickard Rakell has a sprained ankle and is out indefinitely, while backup goaltender Ryan Miller will be sidelined approximately six weeks with a sprained MCL.

The Ducks filled Miller's void by claiming goaltender Chad Johnson off waivers from the St. Louis Blues on Tuesday.

The Ducks said Miller suffered the injury in Sunday's 6-5 shootout victory over the New Jersey Devils. He will be evaluated in two weeks.

Rakell is second on the team with 20 points (five goals, 15 assists) this season. Miller, the Ducks' backup to John Gibson, is 4-2-1 with a 2.71 goals-against average and .922 save percentage this season.

The Blues waived Johnson on Monday and called up Jordan Binnington to replace him as the team's backup goaltender. Johnson is 2-6-0 with a 3.54 goals-against average and .884 save percentage this season after signing a one-year contract with the team in the offseason.