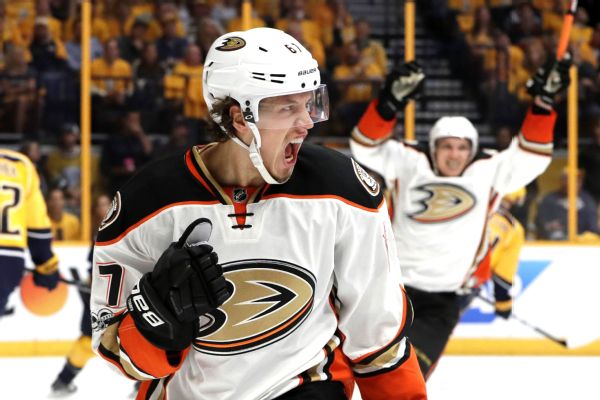 The Anaheim Duckscontinued to be without forwardsRickard Rakell and Patrick Eaves in Game 6 of their Western Conference finals series against theNashville Predators.

Ducks coach Randy Carlyle said both players, out because of lower-body injuries, did not travel for Monday's game, which the Predators won, 6-3, to end Anaheim's season.

Rakell, who also missed Saturday's loss, had 33 goals and 18 assists in his breakthrough regular season, becoming the first player other than Corey Perry to lead the Ducks in goals since 2010.

Eaves missed his 10th consecutive game. He scored a combined 32 goals this season for Dallas and the Ducks. He has been sidelined since April 30.