Ducks' video of Ryan Kesler in 'birthday suit' taken down 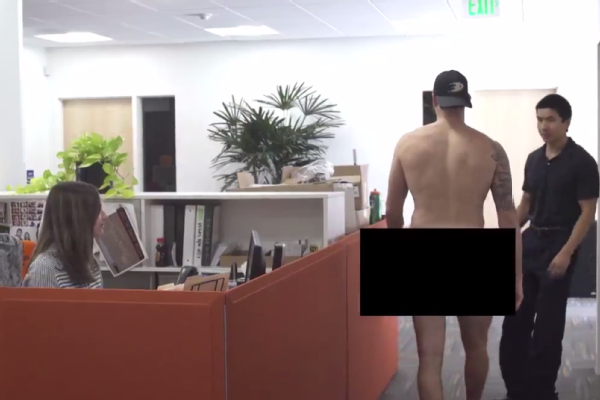 The Anaheim Ducks apologized Sunday for an "insensitive" video they released in conjunction with the NHL's 100th birthday that depicted a nude player walking past the office cubicles of female co-workers.

The video, which has been taken down from the team's social media feeds, featured center Ryan Kesler walking naked through the Anaheim office with a black rectangle over his lower body. He strolls past two women who are working at their desks, before entering the office of a male co-worker.

"Kes, what are you doing, bud? You got no clothes on," the male co-worker says.

"It's the NHL's 100th birthday. I'm celebrating in my birthday suit," Kesler replies.

The video landed with a thud on social media, with some questioning whether the comedy was appropriate given the number of high-profile sexual harassment and assault allegations made across several industries recently, many of them involving the workplace.