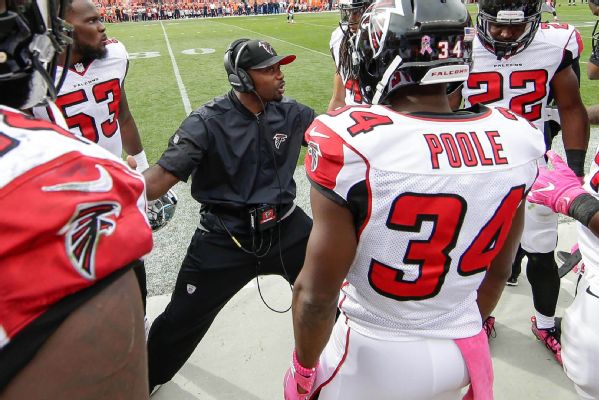 Manuel was considered the front-runner after the Falcons decided not to keep Richard Smith in that role. Smith could remain on staff in an advisory position, but he is exploring other options.

Manuel, 37, has the most familiarity with head coach Dan Quinn's scheme. Manuel was the assistant secondary coach for the Seattle Seahawks when Quinn was the defensive coordinator there. Manuel followed Quinn to Atlanta in 2015 as thesecondary coach and senior defensive assistant.

Manuel played eight NFL seasons at strong safety from 2002 to 2009 after entering the NFL as a sixth-round draft pick of the Cincinnati Bengals. He also played for the Green Bay Packers, Carolina Panthers, Denver Broncos, Detroit Lions and Seahawks.

Manuel's hands-on coaching style was key in the improvement of the Falcons' defense toward the end of the 2016 season and leading into the Super Bowl.

According to ESPN's Adam Schefter, Quinn took over the defensive playcalling from Smith during the season, starting with a Dec. 4 game against the Kansas City Chiefs. Quinn is sure to have his stamp on the defense moving forward, but Manuel likely will have an opportunity to call the plays despite not having any coordinator experience. He interviewed for the defensive coordinator position with the Jacksonville Jaguars last offseason before the team promoted Todd Wash.

During the regular season, the Falcons ranked 27th in scoring defense, allowing 25.4 points per game, and 25th in total defense, surrendering 371.2 yards per contest.

The Falcons primarily started four rookies and three second-year players, and the unit showed vast improvement at the end of the season and into the playoffs as Quinn mixed in more man-to-man with his Cover 3 scheme.