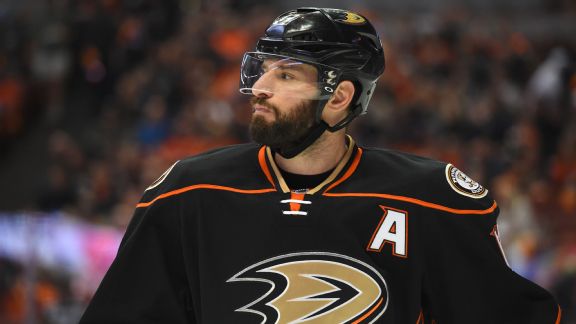 Every NHL team has one. Most want more. They are the players who will deliver an extra slash when the referee turns his head. The ones who grab and tug and irritate star players until, inevitably, they retaliate and swear their way to the penalty box.

Each of the four teams still standing in the Stanley Cup playoffs has a player who, win or lose, will leave bruises that will last long after the conference finals are decided.

One of them, Anaheim Ducks irritant Ryan Kesler, spent two weeks getting in the grill of Connor McDavid and the Edmonton Oilers. Now he has a score to settle with the Nashville Predators.

"They're the team that put us out last year," Kesler said on Thursday. "Obviously, it's a new year, new teams. For some of us, it means a little bit more. But we're all playing for the same thing, and right now it's about getting four wins before they do. It's going to be a tough road, but we're up to it."

Here are some of the agitators fans in Anaheim, Nashville, Pittsburgh and Ottawa will grow to hate over the next two weeks:

The 6-foot-2, 202-pound Kesler is as mean and nasty as they come, and even at 32 he's not slowing down. Kesler does much of his dirty work in the faceoff circle, where he'll grapple with top-line centers until the two are contorted like contestants in a game of Twister. Kessler has won 141 of his 258 faceoffs (54.7 percent) so far this postseason.

Through 12 playoff games, Kesler leads Anaheim in penalty minutes (26) and ranks second among Ducks forwards in ice time (21:00), behind only Ryan Getzlaf. He's likely to spend most of the series trying to tick off the Predators' top line of Ryan Johansen, Viktor Arvidsson and Filip Forsberg.

At 25, Watson may not be a household name in Anaheim, or even in Nashville, for that matter. But the 6-foot-4, 204-pound right wing certainly left his mark during the Predators' dominating series wins over the Chicago Blackhawks and St. Louis Blues in Rounds 1 and 2.

Watson dropped Blues sniper Vladimir Tarasenko with a sneaky punch to the gut in Game 1 of the division final, then mocked the Russian star, who collapsed and had to be helped to his feet. Watson patrols the right side of the Predators' fourth line, and he's averaging a hardy 14 minutes a game, thanks to his role on Nashville's top penalty-killing unit with Mike Fisher. Watson ranks first among all playersin postseason hits with 62 and will be looking to mix it up with Getzlaf, Jakob Silfverberg andRickard Rakell every chance he gets. It's worth noting that the last time these teams met, Watson dropped the mitts with Ducks defenseman Kevin Bieksa.

He may not like being included on this list, but Hornqvist is more than willing to take a hit to score a goal -- and his ability to set up shop in the paint is going to cause nightmares for Ottawa Senators goalie Craig Anderson.

Hornqvist's offensive numbers (four goals, three assists in 13 games) have been dwarfed by teammatesEvgeni Malkin, Jake Guentzel, Sidney Crosby and Phil Kessel, but the 30-year-old Swede is as good as anyone at using his 5-foot-11, 189-pound frame to block the sightlines of opposing netminders, giving Pittsburgh's sharpshooters a better chance to find openings. Hornqvist is also one of the NHL's best at winning battles along the walls (34 hits) and will look to lay the body on Ottawa's all-world defenseman Erik Karlsson and forwards Bobby Ryan, Mike Hoffman and Mark Stone.

Whatever Pageau lacks in size -- he's listed at a slightly exaggerated 5-foot-10, 180 pounds -- he makes up for with fourth-line grit. After a breakout 2015-16 season in which he had 19 goals and 43 points, Pageau flew under the radar this season (12 goals, 33 points) before exploding for a team-high eight goals in 13 playoff games.