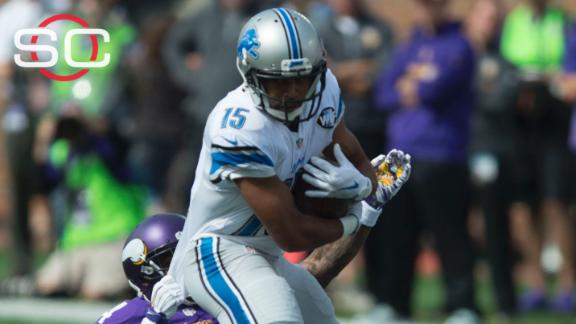 Detroit Lions receiver Golden Tate said Tuesday that opposing players have come up to him after the first three games of the season and told him they know what plays are coming during games.

The question came to Tate in his weekly radio interview on 105.1 FM in Detroit after he was asked about comments Denver Broncos cornerback Bradley Roby made to the Detroit News on Sunday night that the Broncos knew what plays were coming.

On Tuesday, Tate said while Roby didn't tell him that -- he has heard from others that they know what plays offensive coordinator Joe Lombardi is calling.

"You know, I haven't heard that yet from that player. I didn't read anything about it," Tate said. "But that's not the first time this year that another player said that. I've had a couple occasions in literally each game where they've called out our play, for one, and then afterwards been like, 'Hey, we knew what you guys were doing.'

"I don't know how they know or what film they're watching that we're giving away. That's something, we need to go back and watch our tendencies to figure out what, where we line up or how we line up or what formation, whatever it may be, we got to figure it out because we're clearly giving [our plays] away.

"All three weeks, a player has come up to me and said 'we knew what you're going to do.' That's bad."

Lions coach Jim Caldwell was questioned about Detroit's offensive play calling Monday following the Lions' 24-12 loss to Denver. When asked if it was an issue, Caldwell instead pointed to execution of the plays instead of criticizing Lombardi. He also said he would not be taking play-calling duties from Lombardi.

"Short answer, no," Caldwell said when asked if he would consider making that move.

The Lions are 0-3 and have shown a lack of production on the offense. Tate, who sounded exasperated during his 14-minute radio interview, said he planned on meeting with quarterbackMatthew Staffordlater this week in an attempt to get a head start and "get on the same page." Multiple times during the interview, Tate mentioned that he and Stafford had to "take this over" but that he doesn't know what Stafford is being told in quarterback meetings.

Tate said he can't "dig in that much" to how much Lombardi can fix because he is a player who runs the plays, but he said the Lions have to do something different than they have done the first three weeks of the season. Tate said "we have too much talent for this to be happening to us."

The Lions -- the worst rushing team in the NFL -- have struggled with both run blocking and pass protection and are 27th in total offense. Tate was asked whether at some point Stafford has to make changes in the offense or if he needs to stick by what the coaches are telling him.

"I think it's a little bit of both, man," Tate said. "At some point, as a quarterback, this is your offense, this is really your team and you kind of got to take it over. In the game, in the heat of the battle, you're the guy that has to make the key call or make the key throw or make the game-winning play.

"But at the same extent, you still got to stay within the offense, and that's when Coach Lombardi comes in and the quarterback coaches and those guys. So you have to find a happy medium. There's got to be, there's a point where Matt's got to feel comfortable, 'Hey, I want Calvin [Johnson] to run this route or I want GT to run this route, Lance [Moore] or I want Theo [Riddick] out of the backfield doing this. That's when you got to kind of take it over and draw on your own whenever, you know the flow of the game, you're in there, you're actually in the midst of things. You got a feel for the game, and Matt's a very, very smart player. 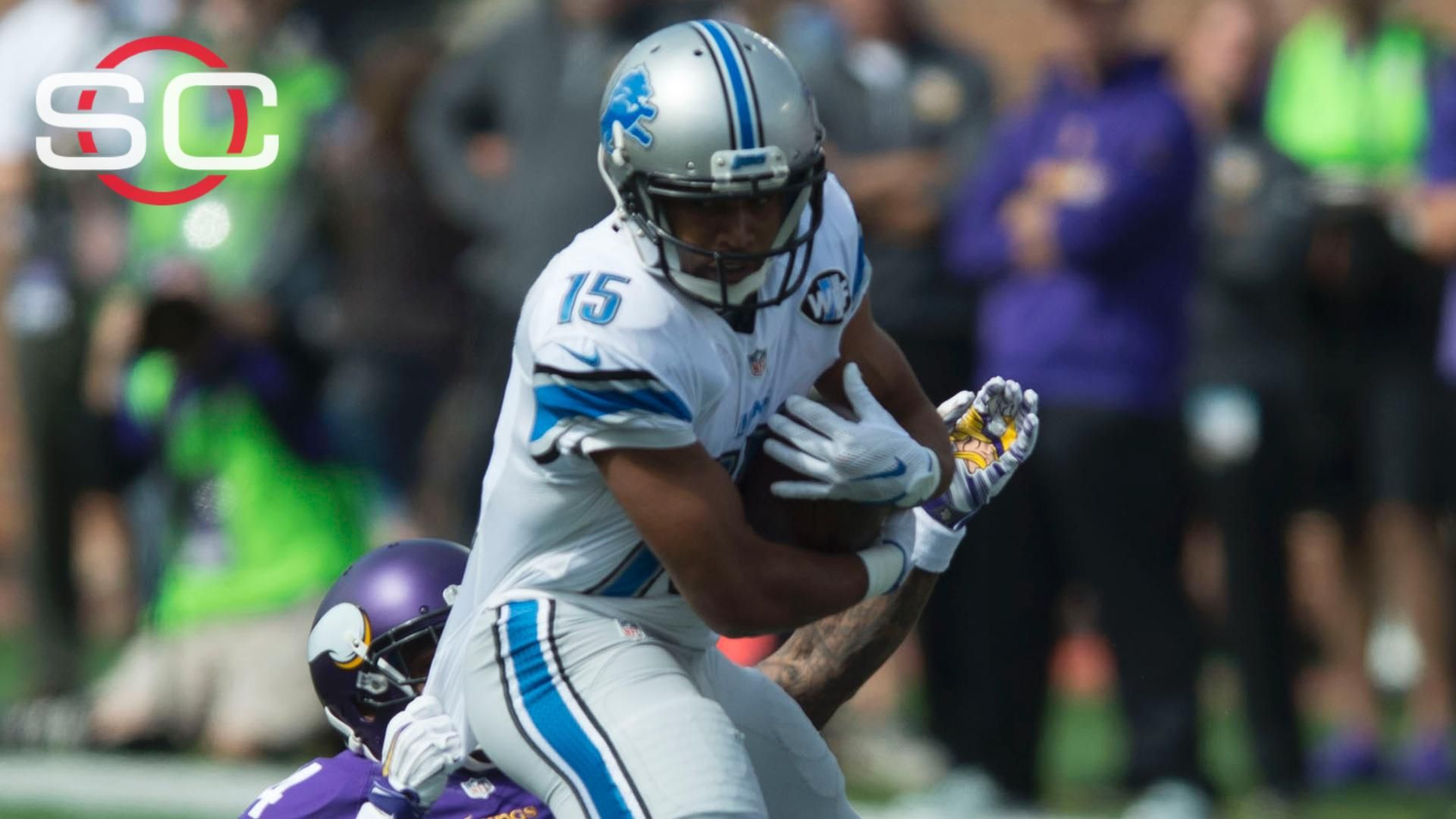