Hearing on Jon Gruden's lawsuit against NFL, Roger Goodell set for May 25 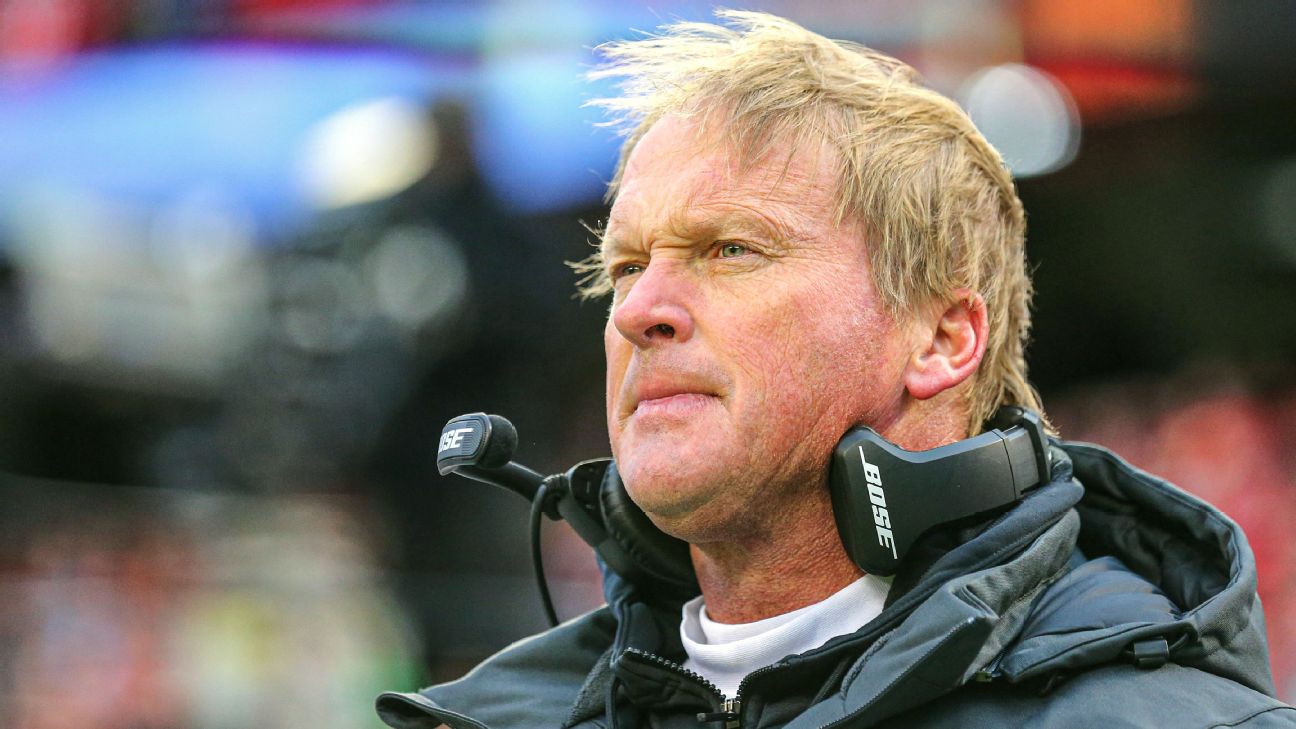 LAS VEGAS -- A hearing on whether former Raiders coach Jon Gruden's lawsuit against the NFL and commissioner Roger Goodell will be done through arbitration or heard at trial here is set for May 25, court records show.

Oral arguments are expected to be heard from both sides in the hearing in front of Judge Nancy Allf.


Gruden, who filed suit in the Eighth Judicial District Court in Clark County, Nevada, on Nov. 12, had resigned as coach on Oct. 11 in the wake of his email scandal that included racist, anti-gay and misogynistic language.

The suit alleges that "the defendants selectively leaked Gruden's private correspondence to the Wall Street Journal and New York Times in order to harm Gruden's reputation and force him out of his job," Adam Hosmer-Henner, attorney for McDonald Carano, said in a statement at the time. "There is no explanation or justification for why Gruden's emails were the only ones made public out of the 650,000 emails collected in the NFL's investigation of the Washington Football Team or for why the emails were held for months before being released in the middle of the Raiders' season."

The NFL on Jan. 19 filed the motion to dismiss, as well as to compel arbitration against Gruden's lawsuits in which he is seeking "the recovery of money in excess of $15,000.00" in each of the seven causes of action, according to NFL.com.

In its motion to dismiss, according to NFL.com, the NFL said the lawsuit was "a baseless attempt by Jon Gruden to blame the NFL and its Commissioner for the fallout from the publication of racist, misogynistic and homophobic emails that Gruden wrote and broadly circulated [and] should be dismissed for failure to state a single viable cause of action," adding that Gruden does not dispute what was written in the emails and "to the extent that Jon Gruden suffered any damage, he has no one to blame but himself [thus] the complaint should be dismissed in its entirety."


And in the motion for arbitration, the NFL said "under the clear terms of Gruden's employment contract and the NFL's Constitution and Bylaws to which Gruden is bound," arbitration is the proper forum to resolve the issue.

The NFL has also filed a motion for an order to seal.