'I get myself in trouble': Kenley Jansen adapts to his suddenly hittable cutter 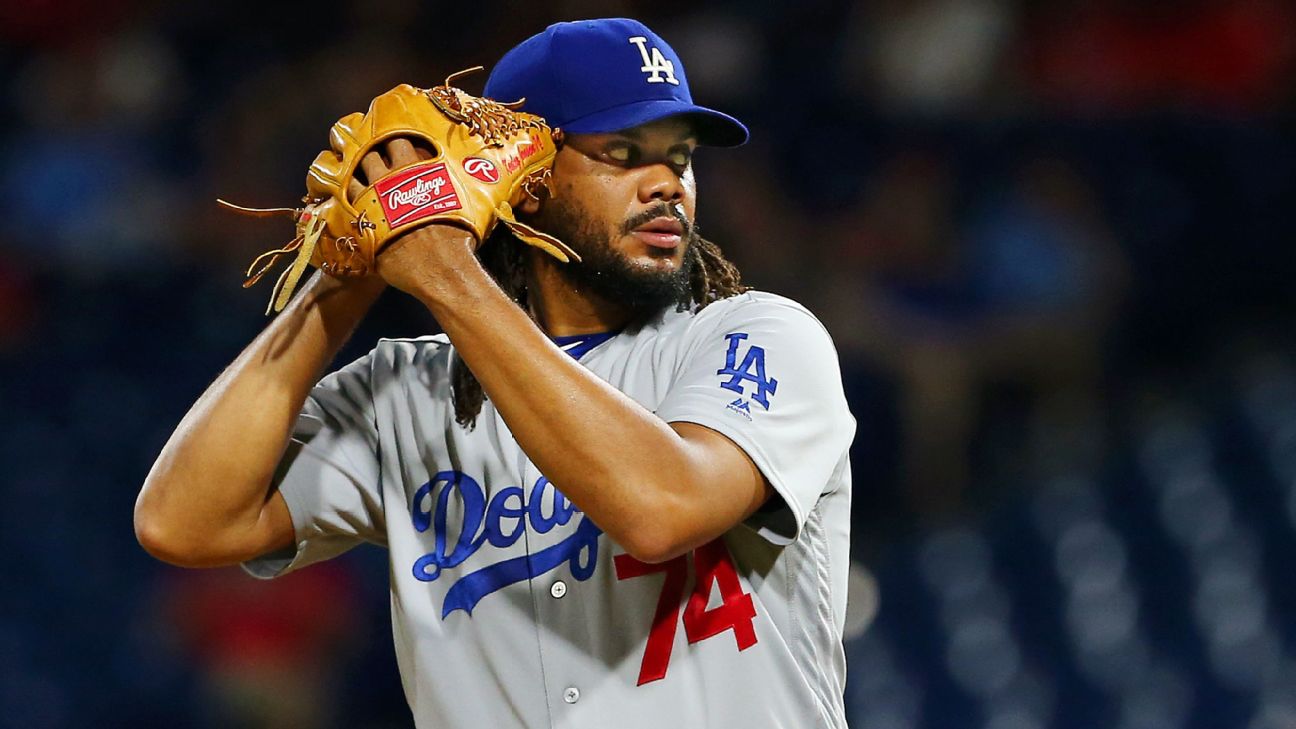 LOS ANGELES -- It was the ninth inning, his Los Angeles Dodgers were leading by a run, and Kenley Jansen reared back and overmatched Randal Grichuk with three consecutive cutters on Wednesday night. The turn of events emboldened Jansen, instantly bringing him back to another time, when his cutter was virtually unhittable and secondary pitches were often unnecessary.

Six of Jansen's next eight pitches were, predictably, cutters. The last of those -- traveling 93 mph, tailing middle-in -- was sent well over the right-field fence for a game-tying home run by Toronto Blue Jays slugger Rowdy Tellez, handing Jansen another blown save in what has become another turbulent season.

Jansen was serenaded by boos as he retreated to the home dugout. Moments later, Dodgers manager Dave Roberts was pushing against the idea of a change at closer. The following afternoon, Jansen was lamenting his mindset. The right-hander knows the cutter is no longer untouchable, and he understands the need to incorporate his slider and fastball more frequently -- and yet sometimes he just can't help himself.

"Sometimes I get myself in trouble, because when I blow hitters out like that with a few pitches, it's like, 'Aw, s---, I got it today,'" Jansen said. "And it's like, 'Hey, use your mind.' It gave me all the signs to change yesterday, and I didn't do it. You know what? It's OK. It's a mistake, you learn from it, let's go. No excuses, man. No excuses from me. And I'm not gonna lose confidence, at all, in myself."

But the fan base might be starting to lose confidence, an apprehension rooted in part by the Dodgers' relative inactivity before the July 31 trade deadline. The first-place Dodgers never acquired another dominant, late-inning reliever, placing increasingly more pressure on Jansen, who has at times wavered.

His ERA, despite a somewhat encouraging 21-pitch save in Saturday's victory over the New York Yankees, stands at a career-high 3.62. His six blown saves this season are topped by just five other relievers, only one of whom is a current closer. From 2011 to 2017, opponents slugged .315 off Jansen's cutter, a rate that fell 103 points below the major league average on all pitches. In 2018, it rose to .403. This year, it's .465. The Dodgers want Jansen to incorporate other pitches and Jansen wants to comply, but the transition has proved difficult.

"I've never been great," Roberts said, "so when you're talking about somebody who has always been great, with one specific pitch, and when they know it's coming and to still not hit it, and to have to go through that transition -- it's a transition. I think he's understanding that you can be just as effective as you have been in the past, but sequencing is a part of that process."

The Dodgers met with Jansen late into Wednesday night in part to emphasize that point. Jansen, 31, was apologetic for not straying from his cutter, an issue that has materialized in multiple ninth innings this season. The meeting took place, Jansen said, because he is "sick and tired of just being angry," the result of experiencing failure and confronting transition for the first time in his 10-year career.

"You just have to clear your mind, love the game again," Jansen said. "I have love for the game. Be happy. Be happy when you go out there. And perform. Once I do that, man, it's gonna be fun again."

Jansen threw his cutter between 84% and 93% of the time each season from 2010 to 2018. This year, its usage is down to 76%. Over the past two months, it's down to 65%. The velocity on the pitch has dropped a couple of ticks, down to 92 mph. But its effectiveness lies in its late life, which has at times been compromised by inconsistencies in Jansen's delivery. Over the past three years, the pitch value on Jansen's cutter, according to Pitch Info Solutions research, has dropped from 20.8 to 9.4 to minus-0.2.

Pedro Baez, continually booed before reemerging as a valuable weapon last season, and Joe Kelly, who has recovered from a brutal start to the 2019 season, came to the forefront of Jansen's mind last week.

So, too, did Clayton Kershaw, who has found a way to remain a legitimate Cy Young contender despite pitching with a fastball that he often struggles to dial up to 90 mph.

"It's a game of adjustments," Jansen said, "and I can still be so damn good if I make the adjustments. I just gotta be a little more smart."

Jansen resides at the heart of the Dodgers' chances of capturing their first World Series title since 1988. In retrospect, the 2017 World Series, when he failed to close out two games, might have marked the beginning of a subtle decline. In a macro sense, Jansen has not been the same since, though a hamstring injury late last spring and an irregular heartbeat late last summer have certainly contributed. Jansen was adamant in saying that his inner belief has not wavered. He vowed to remain upbeat, but also to learn from past failures.

"I trust all my pitches -- use them," Jansen said. "The game will tell you when you have to change -- be aware of it."

Roberts believed Jansen's cutters were well executed Wednesday -- even the one that resulted in a tied game -- but also said he "went to the well too many times," noting that Jansen should have incorporated sliders into the Tellez at-bat. Asked the following day if he believes Jansen can be dominant again if he sequences adequately, Roberts answered sternly.

Two days later, Roberts experienced temporary validation. The Yankees loaded the bases with one out in the ninth on three well-placed grounders, but Jansen recorded back-to-back strikeouts of Mike Tauchman and Gary Sanchez to preserve a 2-1 lead and capture his 27th save. Jansen threw 11 cutters in the inning, but also seven fastballs and three sliders. Roberts said "the sequencing was better."

Max Muncy, standing almost directly behind Jansen while shifted up the middle as the second baseman, saw Jansen reach the mid-90s with his cutter on the final two pitches and found them to be "really, really sharp."

"If we can find a way to get that going," Muncy said, "we're going to be in pretty good shape."

Jansen is quick to acknowledge the advancements of his sport and why relying on only one pitch is becoming imprudent. He welcomed the recent boos from the home crowd, but he vowed to change the narrative.

"Give me the tough love," he said. "I'll make sure you love me again." 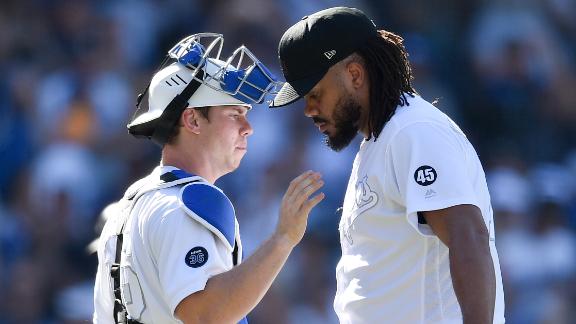