Jim Kelly: Tom Brady must 'stand up and man up' to clear name 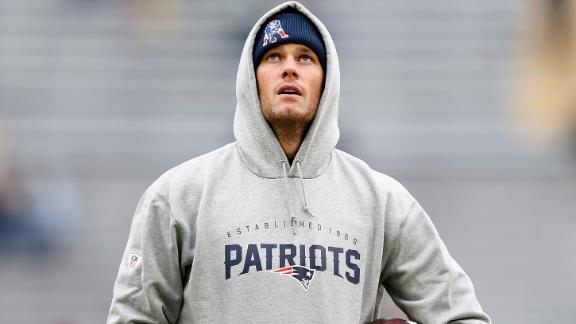 "Tom Brady's name is being tarnished," the formerBuffalo Billsquarterback told ESPN's First Take on Wednesday morning at Bills training camp. "I hope and pray that something comes out to show he didn't do it.Tom Brady needs to stand up and man up andsay, 'This is the way it is.'"

Kelly, who said in May that he didn't believe Brady's legacy was hurt by the allegations and punishment against him, believes that Brady could do more to clear his name.

"The only thing that bums me out [is] if you are at quarterback and you did nothing wrong [and] they ask you to do something and show something, do it," Kelly said. "I love Tom to death and I think he is one of the greatest to play the game. Do [I] think he is a cheater? I don't think so. No.

Kelly questioned whether there would be an equipment manager in the NFL who would "do something to a football" without letting the "greatest quarterback in football" know about it.

In a transcript of his June 23 appeal hearing made public Tuesday, Brady testified under oath that Patriots equipment assistant John Jastremski told Brady that he "had no idea what happened " and that Jastremski couldn't explain why balls were underinflated in the AFC Championship Game.

"Of course he said that," Kelly said Wednesday when reminded of Jastremski's denial to Brady. "[Brady] is in a situation right now, once you start to lie, you continue to lie, and it keeps backfiring. I don't know whether Tom is telling the truth, but if it is me [and] I have nothing to hide, [I would say], 'What do you need to see? What do you need to prove my innocence?'

"Especially when you are Tom Brady. If you have nothing to hide, [say], 'What do you need to see? If need you see my cellphone, here it is. Don't take it with you.'"

In upholding Brady's four-game suspension last month, commissioner Roger Goodell noted that Brady "destroyed" his cellphone that could have contained potential texts linking him to intentional deflation of footballs.

Kelly said he hopes Brady isn't suspended for New England's Sept. 20 game against the Bills, so that he can "see what Tom Brady can do against the [Bills'] defense."