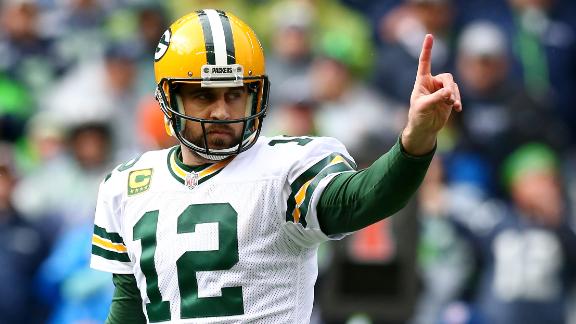 The ultra-energetic and versatile Houston Texans end collected every vote from a nationwide panel of 50 media members who regularly cover the league.

"It's special," he said. "It's a testament to my coaches and teammates and everything they did throughout the year. There are so many people who helped make this possible."

He is the first unanimous choice for an AP award since Tom Brady won Most Valuable Player in 2007, and the first for top defensive player under the current voting setup.

He is the first NFL player with multiple 20-sack seasons. Watt also had 20.5 sacks in 2012, his other top defensive player season.

Watt finished second in theAssociated Press NFL Most Valuable Player voting behindGreen Bay Packers quarterback Aaron Rodgers. Rodgers, who also took the honor in 2011, received 31 votes for the 2014 award from a nationwide panel of 50 mediamembers who regularly cover the league.

Watt, seeking to become the first defensive player to win MVP since 1986, got 13 votes.Since the number of voters for the AP MVP was reduced to 50 in 1999, the 13 votes by Watt are the most for any defensive player.

NFL Offensive Player Of The Year

DeMarco Murray ran off with the AP NFL Offensive Player Of The Year award.

The Dallas Cowboys running back, who led the league in rushing with 1,845 yards -- nearly 500 more than any other player -- also topped the NFL with 2,261 yards from scrimmage. He scored 13 touchdowns in helping Dallas win the NFC East.

Those overwhelming performances earned him 26 votes from a nationwide panel of 50 media members who regularly cover the NFL.

"I want to say thank you to the Jones family for taking a chance on me four years ago out of Oklahoma," Murray said. "It's been a privilege to play there. Hopefully we can continue that."

Murray's contract is set to expire in the offseason.

"I don't think it's any surprise or any secret where I want to play next year," he said.

Best known for the play of the year, his one-handed snag of a touchdown pass while falling backward against Dallas, the first-round pick (12th overall) out of LSU easily won against a loaded rookie class. Beckham received 42 votes from a nationwide panel of 50 media members who regularly cover the league.

"This is a great class that I came in," Beckham said. "Part of the season that I wanted to come out (early from LSU) was to be included in this class."

Beckham hardly was a one-trick pony. He tied Michael Irvin's NFL mark with nine consecutive games of 90 yards receiving and finished with 91 receptions for 1,305 yards and 12 TDs.

Cowboys star Dez Bryant saluted Beckham on Twitter after he was honored:

Arians led Arizona to an 11-5 record in 2014 despite a rash of injuries, including to his top two quarterbacks. The Cardinals earned a wild-card berth, losing at Carolina in the playoffs.

In 2012, Arians stepped in for an ill Chuck Pagano and helped the Indianapolis Colts to the playoffs, becoming the first interim coach to win the award, which began in 1957.

Gronkowski easily outdistanced seven others receiving votes from a nationwide panel of 50 media members who regularly cover the league.

Gronkowski was limited to seven games in 2013 because of knee problems. He returned in style -- that style being powerful, aggressive and tough -- to make 82 catches for 1,124 yards and 12 touchdowns.

A force against the run and the pass, Donald had 37 tackles, nine assists, and led all rookies with nine sacks. He was one of three rookies initially selected for the Pro Bowl; Mosley also made it.

Donald is the second Ram to win the award and the first since linebacker Isiah Robertson in 1971, when the team was in Los Angeles.

Bowles won it as defensive coordinator of the Cardinals. He since has become the head coach of the New York Jets.

The award, created for the 2014 season, is open to all assistant coaches in the league. And the balloting was vigorous, with 11 coaches earning votes.

Bowles received 22 votes from a nationwide panel of 50 media members who regularly cover the NFL. Two Dallas coordinators, Rod Marinelli (defense) and Scott Linehan (offense), were next: Marinelli with 12, Linehan with three.

The AP awards were given out during the "NFL Honors'' TV program.

"This award means a great deal to me, as it symbolizes the valued work that the NFL, its players, and its 32 teams do in the community,'' said Davis, a 10-year veteran.